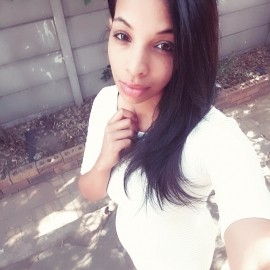 Hi im a south african vocalists, you can have a look on facebook Lee_j im dedicated and hard working. I love challenges and im available for work immediately.
: (+277)84 669 XXXX Click here to reveal
full number

When contacting this member, please state that you are viewing their Entertainers Worldwide profile.
Request a Quote
Share this Page:
Profile Views: 153
Report this profile

Im a vocalist who is versatile

Lezahne Jacobs singer
Started singing at the age of 7 at choirs Simonesberg primary school. When she moved to Kuilsriver she sang permanently for St Georges Anglican Church choir from the age of 9-13
She to sang at several church's due to the fact that her mother preached all over Cape Town
In the year 2005 Jacobs started taking her singing very seriously by singing at Kuilsriver carnival which blew the community away when she opened up her mouth. So she started singing for her high school Eben Dongers choir which led to her singing for Eben Dongers carnival and the October fest..
...
In 2006 Lee_J went all out by taking every opportunity she got, such as school events and then going on to join a group produced by Peter Farmer and went on singing at pick n pay shows and Christmas events
In 2007 Lee_J got a big break by singing at a promotion which was done by Kfc which led to a opportunity to sing at the city hall... she then signed a major contract which allowed her to travel to  Malaysia, Singapore and China
When she returned back to South Africa she used all her experience she achieved and started winning competitions. She was to noticed and manged by Mike Jennings who to managed SA IDOL winner Jody Williams. Working with Mike allowed her to sing all over Cape Town and sang gigs for the city of Cape Town and started doing a lot of charity work too
In 2008 Lee_J went to durban and signed up in the competition High School Musical South Africa. Unfortunately due to laryngitis she had to forfeit the competition at the top 10 stage.
Lee_J then moved to JHB where she did a lot of road shows and singing church's.
Through the years Lee_J has been doing small gigs her and there and became a mother of two beautiful little girls. In 2015 she done gigs with standard bank where she entertained them and all the big meetings and events they had. Her contract ended when she moved back to Cape Town last year beginning of 2016.
She is now moving onto bigger things... working on releasing and album. 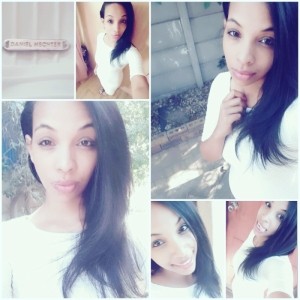 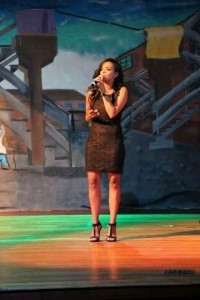