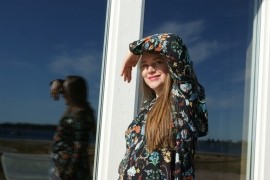 Sweden based classical singer Sofie does beautiful lieder and coloratura arias. She is also a singer/songwriter, and sings contemporairy pop/cross-over-pop and some jazz/blues.
Request a Quote
Share this Page:
Profile Views: 381
Report this profile

With a voice that judges in the CS competition in May 2020 called "gorgeous" "very musical" and having "commercial potential" Sofies memorable soothing vocals and artistic expressiveness expands over several genres.
She does beautiful lieder (art songs) in French, German, Swedish, Danish, English and Italian, well-known arias from the belcanto/French/German repertory, sacred repertory and some operetta, while also having penned her own original material with influences from alt-rock, folk, jazz and traditional Swedish art-songs. Further more she performs french chanson, and modern popmus ... ic.
Her speciality is to engage a broad range of audience types, who so far have been giving her rave reviews for her voice and performance in church ceremonies and public recitals. Sofie speaks fluent English and intermediate French.

Previously a singer/songwriter, with a certificate from Musicians Institute, VIT, Hollywood, Sofie played gigs with her self-penned songs at intimate stages in Los Angeles, New York and Stockholm. Back in Sweden she took gigs as a singer during wedding ceremonies. The audiences who requested classical repertory were extra enthusiastic about her high and clear voice. This led her to pursue education as a classical singer, while still keeping her interest up to reach broader audiences. 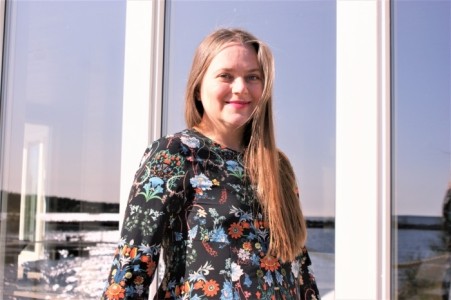 Request a Quote
Share this Page:
Click here to view all of our Other Singers on Entertainers Worldwide
Browse all Entertainment Hire options!