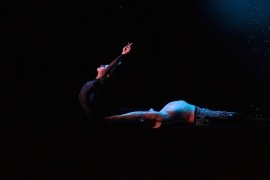 (no reviews)5.0
Country: Australia
Based In: Australia/Canada, New South Wales
Performs: Worldwide
From: $4000

From the wonderful world of Cirque Du Soleil, a beautiful art form was developed where artists perform Death defying Aerial feats with astonishing flexibility, to transport audiences on a journey to another world in the Global phenomenon "Two Worlds"
Request a Quote
Share this Page:
Report this profile

"Two Worlds" is 45min aerial/ballet/contortion show. Prudence, an Australian Ballet Ballerina/contortionist/aerialist has team up with Canadian Olympic Gymnast Aaron to showcase how their Two very different lives collided into a world of Silks, Lyra,Straps,adagio and hand to hand contortion act on the world stage.

Prudence Caldwell grew up in Newcastle, Australia and studied classical ballet with the
Marie Walton Mahon Dance Academy.
Prudence began her professional career at the very young age of 12, when she was
invited to tour with The Queensland Ballet company as the young Copelia on their
national tour and shortly after moved to New Zealand to work with the Royal New
Zealand Ballet.
After winning numerous scholarships including the McDonalds performing arts
International ballet scholarship and gaining her Royal Academy of Dance Solo Seal
Award, Pru joined the Australian Ballet and at the sam ... e time graduated with honors
from the Australian Ballet school with An advance diploma of Dance.
Prudence has professionally graced the stage to audiences from around the world for
over 19 years with The Royal New Zealand Ballet, Australian Ballet, Queensland Ballet,
Royal Ballet and numerous european companies as a leading ballerina, along with 6
star cruise lines as an adagio specialist.
6 years ago , Pru was encouraged and guided through the world of Aerial Artistry in
Las Vegas with Cirque Du Soliel coachers and now today, performs the sylph like
moves and grace of a ballerina combined with contortion on air, showcasing her varied
and breathtaking talent to audiences worldwide.
Aaron began dancing at the age of 14 at Rythum Plus Dance Company, and became
proficient at jazz, acrobatics, and hip hop. From the charming sea voyages of Disney
Cruise Line, to the millions of guests who visit Hong Kong Disneyland and Tokyo
Disneyland, Aaron has delighted audience members around the world with his
memorable portrayal of numerous Disney characters. Following his work with Disney,
Aaron returned to cruising the high seas with Regent Seven Seas Cruise Lines as a
specialty aerialist artist. His superb acrobatics, and aerial artistry inspires audiences
daily. Aaron has also performed in London's West End at the world renowned
Palladium Theatre.
For the Past five years Aaron and Prudence have worked together Wowing audiences
all over the world with their Adagio and Aerial artistry. 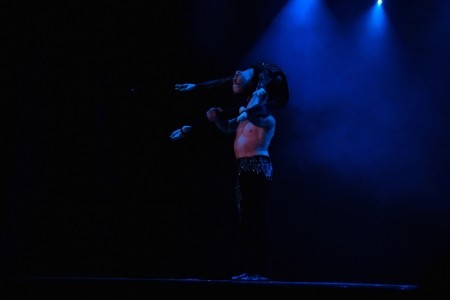 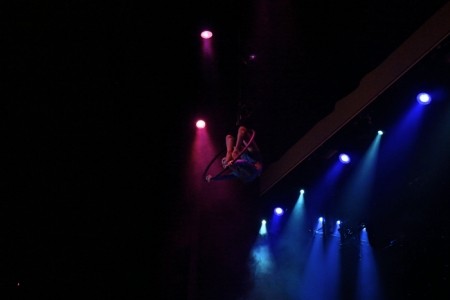 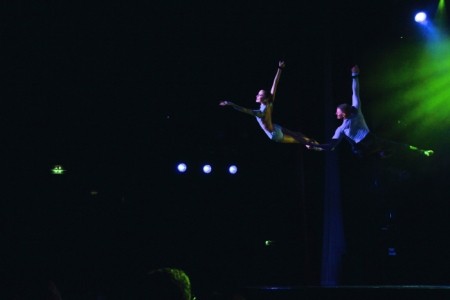 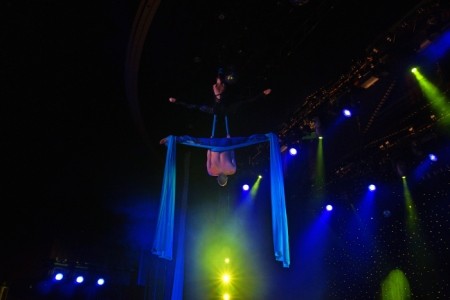 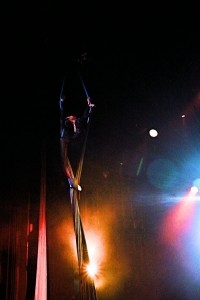