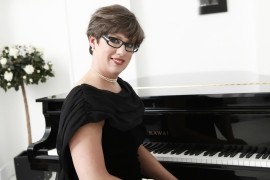 (no reviews)5.0
Country: United Kingdom
Based In: Birmingham, West Midlands
Performs: Worldwide
From: £400

Concert Pianist and Multi-Instrumentalist with a flair for imaginative and interesting variety programmes which will appeal to all musical tastes. "Ebony, Ivory and a Touch of Bronze" includes music played on the piano, oboe, cor anglais, soprano & tenor saxes.
: 44 7971 91XXXX Click here to reveal
full number

When contacting this member, please state that you are viewing their Entertainers Worldwide profile.
Request a Quote
Share this Page:
Profile Views: 455
Report this profile

Concert Pianist and multi-instrumentalist, Corinne Marsh presents "Ebony, Ivory and a Touch of Bronze" variety concert programmes with a difference. Imaginative and interesting recitals which include music from film, shows, theatre, classical favourites, jazz standards and Victorian Parlour music for the piano. Corinne plays piano, oboe, cor anglais, soprano and tenor saxes and uses high quality backing tracks to accompany her. On land, these are played on a Bose L1 sound system with a bass II module. The sound is impressive, crystal clear and authentic creating a real "Wow" factor in all her ... performances.

BIOGRAPHY
Zimbabwean-born musician, Corinne Marsh studied the piano at the Royal Academy of Music, London with Piers Lane, Philip Jenkins and Christopher Elton. She has performed regularly in solo recitals, concertos and chamber music ensembles.
Corinne gained Licentiate Diplomas from the Associated Board of the Royal Schools of Music in both piano teaching and performance. On the strength of her achievements, she was awarded the coveted ABRSM scholarship to study at the Royal Academy of Music in London, an honour as this scholarship is only awarded once every two years to a musician fro ... m any African country, excluding South Africa. Whilst at the Academy, Corinne studied piano performance with Piers Lane, Christopher Elton, Philip Jenkins and Ruth Harte, as well as oboe with Nigel Shore and Sue Bohling. She later graduated with two LRAM diplomas in piano and oboe teaching, as well as gaining the Professional Piano Performance Certificate with Honours.
Corinne is now in demand working as a multi-instrumental soloist and entertainer on cruise ships and on land where she plays the piano, oboe, cor anglais and soprano and tenor saxophones in a variety of music styles which include popular classical favourites, music from films and shows, and jazz standards.
She also performs regularly in solo recitals, concertos, chamber music ensembles and as an accompanist of both instrumentalists and singers throughout Zimbabwe, the United Kingdom and internationally.
In particular, Corinne specialises in performing piano music from the early 19th and 20th Centuries, highlighting the music by composers such as Albert Ketélbey, Eric Coates, Billy Mayerl and Winifred Attwell. She is currently working on a new project, exploring the world of Vintage and Victorian Parlour music written for the piano from the late 19th and early 20th Centuries which she will present to her audiences in concert throughout 2017. A CD recording of this music is planned for 2017.
Corinne has played oboe and Cor Anglais in the Newbury Symphony Orchestra as well as the Symphony Orchestra of All Souls, Langham Place. With her musical interests expanding to include music in the traditional jazz idiom, she now also plays tenor and soprano saxophones and is taking her show, “Ebony, Ivory and a Touch of Bronze” to a number of venues around the UK and on board cruises in 2017.
Corinne has also enjoyed a successful teaching career as Head of Keyboard at Downe House School where she worked for eleven years. Prior to this, she taught piano and oboe in a number of schools in Knightsbridge and Holland Park, London.
Corinne was also an examiner for the Associated Board of the Royal Schools of Music, a position which saw her traveling around the United Kingdom and Internationally.
Her other interests include photography, squash, cycling (track and sportives) triathlon and cookery. In June 2016, Corinne took part in the Staffordshire Ironman 70.3. 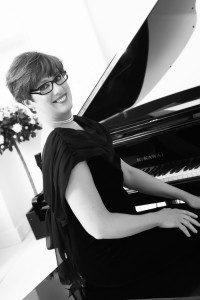 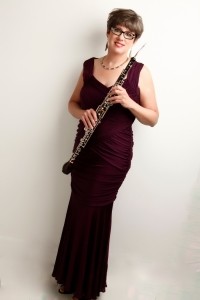 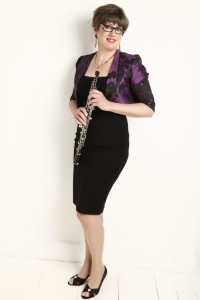 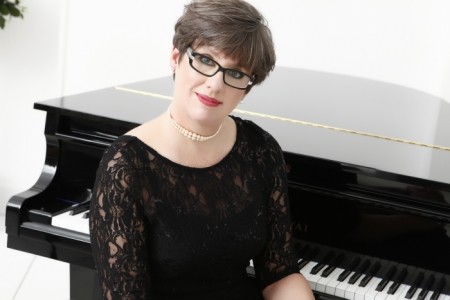 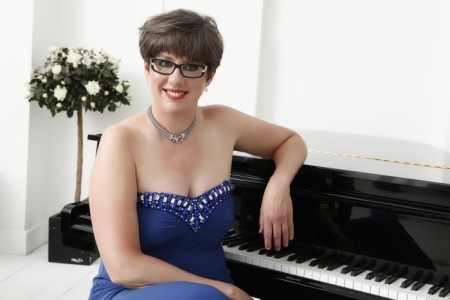 Widely experienced, Corinne has performed with several orchestras, in chamber ensembles, as a soloist and accompanist as well as in symphony orchestras and Big Band. She works as a musical entertainer and multi-instrumentalist on cruises lines as well as in festivals and concerts on land.

Public Liability Insurance cover to £10 million. All equipment has been PAT tested. Holds a valid Seaman's Card and has passed a marine fitness test. CRB checked for work as an examiner with the ABRSM. 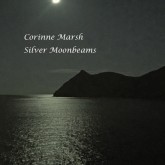 
Beautiful Parlour Music and popular song transcriptions written for the piano in the romantic era.