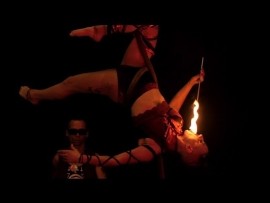 1
(no reviews)5.0
Country: United States
Based In: San Francisco, California
Performs: Worldwide
From: $1500

When contacting this member, please state that you are viewing their Entertainers Worldwide profile.
Request a Quote
Share this Page:
Profile Views: 707
Report this profile

"Always believe in the Impossible, for with Magic, everything is possible"
Swooping in from Draconia, is La Dragonesa, a human - dragon hybrid, brought back from the highest mountains, where only a brave man has gone... The One and ONLY Fire Eating Aerial Rope Act in the Universe is performed by La Dragonesa and El Veterano, where in her natural state, the Dragonesa performs a series of advanced fire eating tricks while simultaneously displaying a professional level of skill on the aerial rope. Performance is done to original music by the duo, electronic and ambient to fit any mood.

Skyhigh Odditorium (Oakland, CA) founder and artistic director, Madamn Burnz, has been producing, directing, and performing international shenanigans for nearly 2 decades. Also known by her international audience as “ La Dragonesa”, she currently fuses her personal aerial work with her original music and video production, and has recently released an original green screen edited video, “FreakQuency.” An eccentric circus innovator, Madamn Burnz is the first and Only Fire Eating Aerial Rope performer. She has experience training, teaching, and performing on aerial silks, hoop, and rope ... for nearly a decade, and additionally explores straps, chains, pole, and cloud swing. Running the Skyhigh Odditorium for the last 6 years, Madamn has transformed her abundant student body into accomplished performers, producing 2 full length aerial theater shows, “Elementals” (2014) and TAROTales (2016). Through her unique & evolving theory of aerial, “Aireal Alchemy,” Madamn presents her decade of aerial research by unveiling the creative alphabet of aerial through cross genre concepts of science, movement, language & magic. She has hundreds of people of all ages and skill sets to climb, transformed beginners to professionals, and produced a year long teacher training. Madamn has been trained by (& trains with) master aerialists Jordann Baker, Sarah Romanowsky, Rain Anya, Emiliano Ron, Christian Sanchez and Julia Grace. 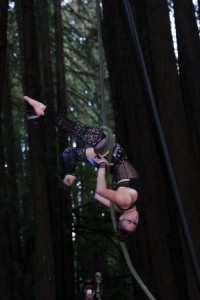 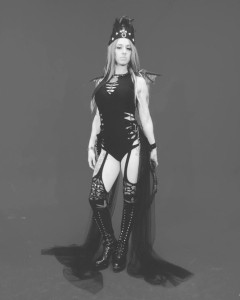 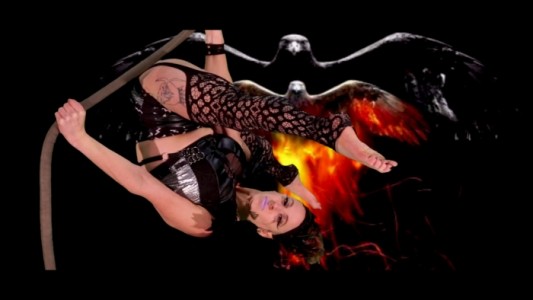 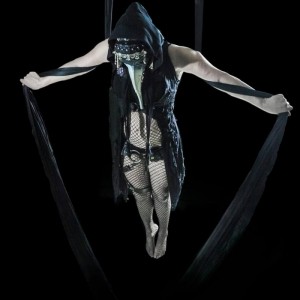 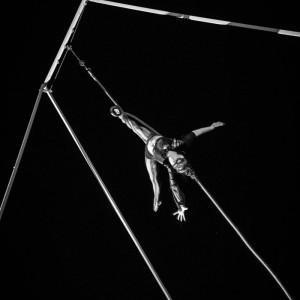 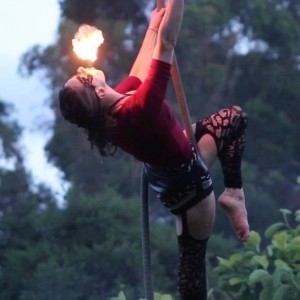 Insured with 3.1 M policy, can provide specific certificates for clients.