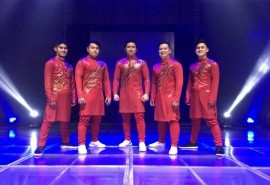 (no reviews)5.0
Country: Philippines
Based In: Cainta, Philippines
Performs: Worldwide
From: $ 800

When contacting this member, please state that you are viewing their Entertainers Worldwide profile.
Request a Quote
Share this Page:
Profile Views: 242
Report this profile

HIGH ENERGY ACROBAT:This exciting act will take your breath away! World-class acrobats showcase their daring balancing skill in this high-impact show. Combining speedy acrobatic performance, this high-energy act is a feat of strength, daring and balance in motion performance. The gravity-defying performance transcends language barriers and cultural borders, uniting audiences from around the world in a moment of suspended animation.
BREAKDANCE: The high-energy break dance with mixed up of modern acrobat act is a feat of strength, daring and amazing art in motion performance.
EXTREME ... BALANCING ACT: A performance that will leave you holding on to your seats! An incredible display of skills gained from years of practice and discipline. The danger of the performer falling and breaking all the crystal glasses add up to the excitement.

The VELASCO BROTHERS acrobatic performing arts troupe honors the living legacy and spirit of Don Elejio Velasco, the famous performing artist who once performed his unique style of acrobatic shows and performances to captivate audiences around the world. In the 1920’s Don Elejio VELASCO formed the very first circus in the Philippines and initiated his own acrobatic show, showcasing his unique skills as an acrobat and performing artist, including his dexterity on the high wire and flying trapeze. His expertise in acrobatics became well known, gaining respect and honor in Asia.Whilst ... VELASCO has now sadly passed on, members of the VELASCO family have passionately continued to honor his heritage, memory and skill as an acrobat and performing artist. VELASCO’s son, Godofredo Velasco Sr., continued his father’s legacy, however he also incorporated magic tricks and comedy into the performance, further enlivening and captivating audiences. Throughout the years, the troupe performers continued training and honing their acrobatic skills, whilst providing quality shows to the circus spectators. The family members share a unique bond which has strengthened over time, and they are forever bound by their dedication to, and love of, the unique style of acrobatics and performing arts initially created by Don Elejio VELASCO. His sons and daughters, and now the third generation of the VELASCO family, have continued the family tradition, displaying exemplary discipline and dedication to their art form.Now, the VELASCO brothers are professional, passionate, and dedicated acrobats and performing artists equipped with the innate skills to allow them to entertain the masses. The VELASCO BROTHERS are the family’s new generation continuing to honor and unravel the great saga created by their grandfather.
Each year, the VELASCO BROTHERS variety show continues to grow more successful, skilled, diverse and unique. The brothers incorporate into their performances both traditional and modern acrobatic stunts, magic, illusion, comedy, juggling, unicycle, balancing acts, martial arts, hip-hop and bboy,THEY HAVE PERFORMED THROUGHOUT ASIA AND AS FAR AS THE MIDDLE EAST.The VELASCO BROTHERS have received invites to perform at promotional events, festivals, and concerts, including the following :
Japan festival in Thailand in 2008
They accepted an invitation to perform for the royal family in Thailand, The birthday celebration of the King's granddaughter,
Their accolades include winning the Street Jam Competition in Thailand in 2007
The velasco brothers have successfully delved into the world of TV showcasing their talents, they have crowned as First Runner-up in "PILIPINAS GOT TALENT (2010)" -1st Season & Semi Finalist, at “Asia’s Got Talent (2015)”, in Singapore as well as in a number of commercial.
& THEY DID NOT STOP GIVEN PEOPLE A GRANDIOSE SHOW,INTO A FORM of VARIETY SHOW, Trade show & theatrical representation, THEY Performed to THE FOLLOWING COMPANY:
Snow Maiden, D’Ultimate Entertainment Inc., SM north Edsa sky dome (2017- 2018).
Cirque Du Velasco, Paragon Pegasus Inc. Bangkok Thailand (2016-2017)
Ocean Adventure, Subic Olongapo (2014-2015)
Lotte World indoor amusement park, Seoul South Korea (2012-2013)
ABS-CBN Star Magic Talent, Manila,Philippines (2011)
1st Runner up Break Dance Competition- S Club 7, Siam Paragon, Thailand (2008)
Tawandang German Brewery, Thailand (2007)
Yamaha Tour, Thailand (2007)
Show house night club, Taichung, Taiwan (2004-2006)
Taiwan Folk Village, Changhua, Taiwan (2004-2006) 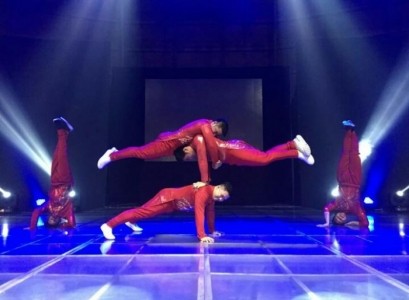 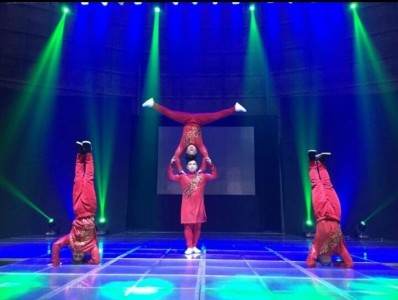 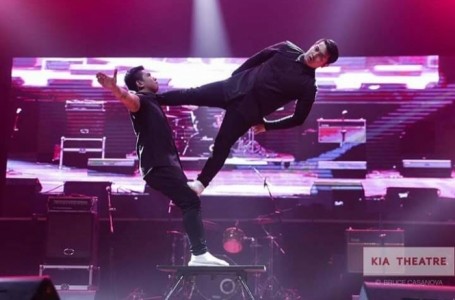 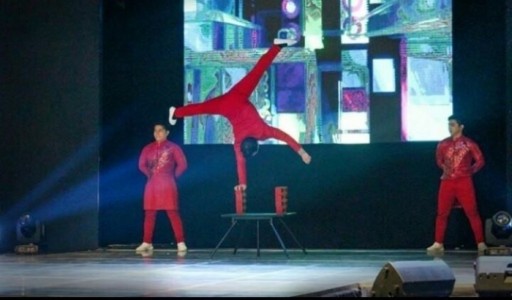 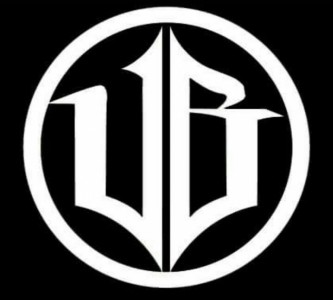 Key Skills & Abilities:
• My special skills are: Acrobatic act & break dancing.
• Has high level of skill in my chosen performance area.
• Has the confidence to perform in public.
• Gym is for my physical fitness and jog for my stamina.
• Good timing and coordination.
• Versatility and creativity.
• Patience and concentration, for rehearsing and learning new skills.
• The ability to work well as part of a team.
• Willingness to take controlled physical risks.
• Awareness of health and safety.