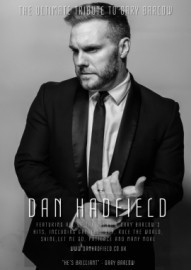 'He's Brilliant!" - Gary Barlow
"He almost IS Gary Barlow" - Eliot Kennedy, Ivor Novello Winner - Everything Changes
If you can't book Gary Barlow, book Dan Hadfield.
​Unquestionably, the go-to Gary Barlow tribute act in the entertainment industry. Gary's brother Ian once said that if Gary couldn't make a show because of his schedule, he'd send them in Dan's direction.​
Dan has been performing his tribute worldwide for the past decade and can be booked to perform for you, either for a corporate event, or a private engagement.

"As a friend of Gary Barlow for some twenty-five years, I can say I am pretty qualified to say that Dan almost IS Gary when he steps out on stage to do his tribute to my good friend. It really is uncanny! Regardless of whether Dan is singing Gary's songs or not, he is a great singer and a brilliant entertainer."
- Eliot Kennedy, English Songwriter & Producer & Ivor Novello Winner; Credits include Everything Changes, Picture Of You, Say You'll Be There.
Dan Hadfield is, without doubt, the go-to Gary Barlow tribute artiste in the entertainment industry. He has sung with Gary, appeared as h ... is lookalike on several TV shows, including the Xtra Factor and Miranda, and has had great acclaim both from Gary himself as well as other significant figures in the industry.
For Gary Barlow and Take That fans alike, Dan is the ultimate tribute, has been praised many times by Gary for his work, and should not be missed. If you really want the WOW for your event, booking Dan is essential.
He is represented by Relight Talent Management Ltd and can be booked for weddings, birthday parties, private functions, hotel party nights, corporate and business parties, cruises and other bespoke events. 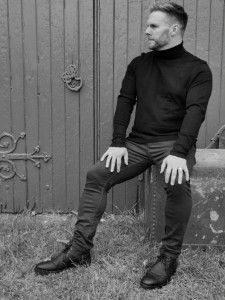 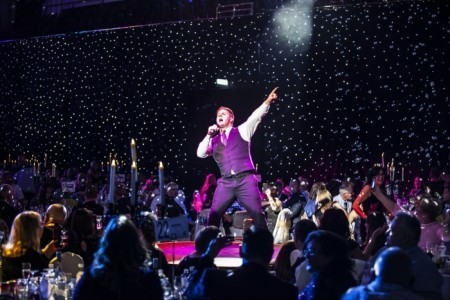 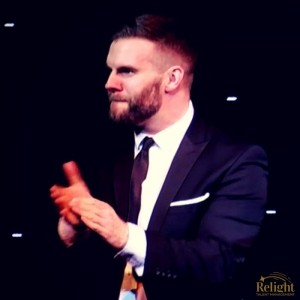 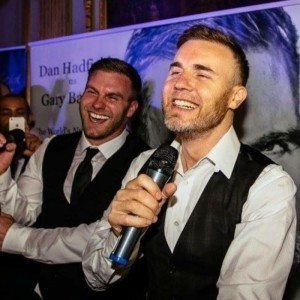 Dan Hadfield as Gary Barlow - Other Tribute Act - Lincoln, East Midlands Event Location: Peel Centenary Centre, Isle of Man Event Type: Theatre Performance 9th August 2019
If you are looking for the best Gary Barlow tribute, stop looking! I have booked Dan twice now for shows, and he is simply outstanding. He is a true professional, and genuinely looks and sounds like Gary. He fully engages with the audience, and is a very polished performer and showman and works his audience from the get-go. Off stage he is professional and a true gent. I can’t recommend him highly enough. Trevor Bougourd Director Peel Centenary Centre, Isle of Man
Reviewed by: Trevor Bougourd
Dan Hadfield as Gary Barlow - Other Tribute Act - Lincoln, East Midlands Event Location: Delamere Manor, Cheshire Event Type: Wedding 5th August 2019
As a huge Take That and Gary Barlow fan what other entertainment was I ever going to choose to get married. After all I was getting married in Gary’s old house. So what better venue !!! Thankfully my groom was very understanding and likes Mr B ! The day I booked Delamere Manor we contacted Dan and was delighted by a. The speed of his reply b. The friendly response. Even though we booked Dan over a year in advance, he sporadically kept in touch which was utterly reassuring knowing that he’d not forgotten about us. Whilst I may be a huge Mr Barlow fan I was very aware all my guests weren’t and I asked if Dan could add a swing set in and songs from other artists. Nothing was too much trouble. We kept Dan as a surprise reveal at our wedding. We met Dan before his reveal. And oh my god what a truly lovely bloke. Yes he looks like Gary yes he sounds like Gary and yes he has Gary’s mannerisms but most importantly he is a very humble and polite man. Dan's performance was just WOW.
Reviewed by: Katherine Hamilton
Dan Hadfield as Gary Barlow - Other Tribute Act - Lincoln, East Midlands Event Location: Sevenoaks, Kent Event Type: Charity Evening 11th May 2019
This is my second review as I asked Dan if he would perform for me at a Charity event, having previously sung at my 50th and wowed everyone, including all the sceptical men in the room. Now it’s easy to get people to come to a party with a free bar, but this time the same people paid a lot of money to do it all over again, and that says a lot. Sometimes it’s hard to put into words about someone’s performance, but I’ve come to realise that Dan is just born to entertain. I don’t think I’ve ever experience anyone give so much to the audience, he really cares that people are having a good time and he will go out of his way to to make sure that happens.
Reviewed by: Melanie Jenkins

There are no better clients than the Barlows themselves, and Dan has performed with Gary at a wedding in Cheshire in 2015, and twice at Gary's old manor in Delamere.
Dan has been performing his show around the world for the past decade.