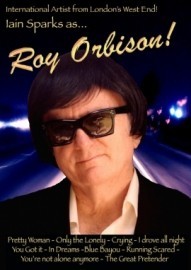 (no reviews)5.0
Country: United Kingdom
Based In: Shepperton, South East
Performs: Worldwide
From: £600

When contacting this member, please state that you are viewing their Entertainers Worldwide profile.
Request a Quote
Share this Page:
Profile Views: 155
Report this profile

Iain sparks is a truly international artist with tours of Australia(with a 20 pc orchestra) Canada, Europe and Asia, and he has starring Regional & West End Theatre credits. Iain began his singing career performing backing vocals for Barry Manilow (Albert Hall & Wembley Arena) and Sting at the Brit awards.
He starred as Roy Orbison in ‘The Concert They Never Gave’ for E&B productions (Buddy! - West End) on several UK tours including appearances in West End Theatres.
In 2005 Iain played Orbison in Perth, Australia with a 20 piece orchestra - the booker searched the world for the ‘be ... st Roy’ & chose Iain as his first choice - supported by Johnny Earle the Elvis voice of Pepsi.
Iain performed on live TV as Roy with Westlife in 2007 for BBC1 (one of many TV appearances) and spent most of 2009 touring in Europe & the UK with several different theatre shows. Bookers include Greg Dyke performing for him at his home. Guests included 250 VIP guests/Melvyn Bragg, John Snow +++
Iain is endorsed by Wavelength, the official Van Morrison Fan club and is Europe’s premier Van Morrison performer.
In 2018 he was 4th top of the bill at Glastonbudget, one of the world's biggest tribute festivals. His band includes top players who play for Van Morrison, The Who, Mark Knopfler and more..
Iain Sparks’ performance as Roy Orbison has been reviewed the world over to great acclaim. People often think he’s miming to Roy’s original recordings. Some say he brings more to the role than just the look and sound of Roy and adds much of the essence of the fabulous Roy Orbison as well. Iain’s staggering four and a half octave vocal range and powerful, crystal clear voice enable him to recreate the early iconic vocal sound of Roy Orbison when he was at his very best. Check out the high notes in ‘Crying’ and you will hear why Iain is generally regarded as the best in the business all over the world. He played Roy in the hit theatre show ‘The Concert They Never Gave” including numerous performances London’s West End theatres and on a variety of other theatre shows, TV adverts & shows including Alan Carr, Westlife (BBC1) The Big Breakfast & many more.
The end of 2011 saw Iain launch a new show – Simply Red-ish – a tribute to the superb Simply Red and Mick Hucknall and has taken off with a bang – this is so different to everything else Iain does that it highlights what a fantastically versatile singer he is – check out the demo pages on the website for his superb rendition of ‘Stars’, ‘For your babies’ and ‘Holding back the years’.
“Breath Taking Recreation of the Original”
The Stage
“Enigmatic Cool”
Manchester Evening News
“Excellent song with superb vocals”
Pathfinder Magazine 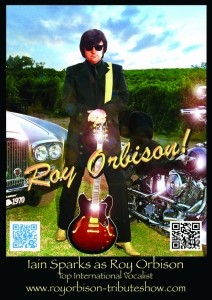 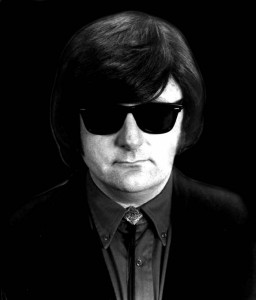 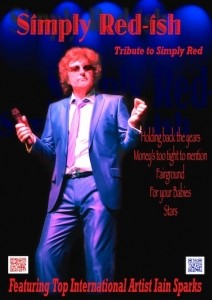 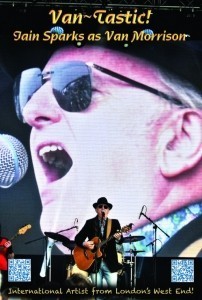 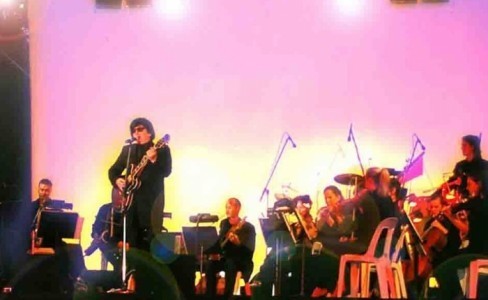 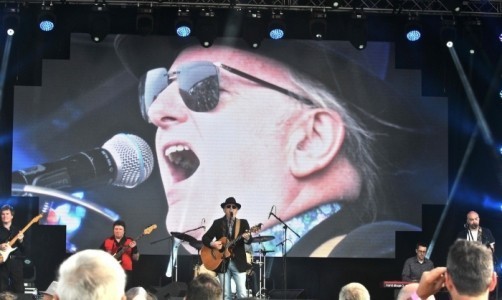 There is no setting which is too big or too small. Even small solo shows come with a superb video backdrop with moving videos for each song. Iain has played the Albert Hall, Alexandra palace, Wembley arena, ITV1 with Westlife, Katie Melua, Lulu, Sting, Lemar..
Park Lane hotels, holiday parks, small clubs, Trade shows,
And also intimate parties at private houses..