You are contacting The Purple Ones - Insatiable Tribute to Prince 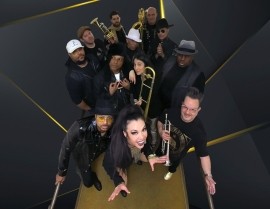 The Purple Ones - Insatiable Tribute to Prince - Other Tribute Band | Oakland, California

(no reviews)5.0
Country: United States
Based In: Oakland, California
Performs: Worldwide
From: $

The musical dexterity of The Purple Ones - with 12 pieces on stage including a full horn section – completely turns the concept of a Prince tribute band on its head, delivering Prince's material live onstage in a way that has to believed!
: 415-377-XXXX Click here to reveal
full number

When contacting this member, please state that you are viewing their Entertainers Worldwide profile.
Request a Quote
Share this Page:
Profile Views: 337
Need Help?
✖