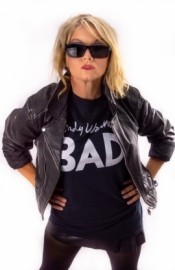 Totally Blondie are the most authentic Blondie Tribute band around! With Totally Blondie's lookalike and soundalike singer you can expect all the classic hits like Hanging On The Telephone, Sunday Girl, One Way or Another, Atomic etc, and the finest album tracks.
Request a Quote
Share this Page:
Profile Views: 733
Report this profile

Totally Blondie are the most authentic Blondie Tribute around!
Blondie were one of the most iconic bands of the 70's and 80's with Debbie Harry's posters adorning most teenagers' walls. With Totally Blondie's lookalike and soundalike singer, you can expect all the classic hits like Hanging On The Telephone, Sunday Girl, One Way or Another, Atomic, etc, along with some of the finest album tracks.
Its ... Totally Authentic ... Totally Superb ... Totally Blondie

CHLOE
Lead Singer
Chloe trained at both The Arts Educational Schools in Tring and London. Her career has seen her tour extensively throughout Europe in many bands and tribute shows of many different genres from the 60’s/70’s/80’s.
She has sung with many artists including Tony Christie, Sharleen Spiteri, Craig David, Paul Carrack, Beverley Knight, Katrina (And The Waves), Albert Lee, Mica Paris, Don McClean, Mika, Billy Ocean, Glen Campbell, John Legend, Sandie Shaw, Chris De Burgh, Huey Lewis, Lulu, Westlife and Katherine Jenkins when appearing in Weekend Wogan’s houseband led by El ... io Pace on BBC Radio 2.
She has also provided backing vocals for Ronan Keating, Don Felder (The Eagles) and Tico Torres (Bon Jovi), Tom Chaplin (Keane) and The Feeling.
TV credits include Jonathan Creek, Casualty, A Touch Of Frost, The New Adventures of Robin Hood, Call Red & The Upper Hand.
Recently people who have seen Chloe perform have said she would be great singing Blondie as her image and vocal range are like Debbie Harry’s, so the opportunity to front Totally Blondie was simply a “no brainer” for her and she’s over the moon to be celebrating the work of these rock’n’roll legends with the UK’s best Blondie tribute.
Thanks to the versatility of her vocals, her confident stage presence, and her natural Debbie Harry looks, Chloe and the band will give you the “Totally Blondie” experience. 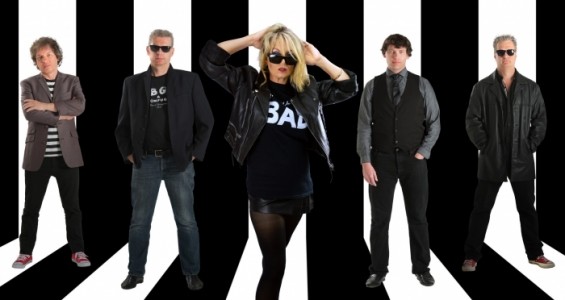 Chloe and the whole band have had years of experience as entertainers up to the corporate level playing worldwide including tours, cruise ships, West End hotels etc.

Request a Quote
Share this Page:
Click here to view more Tribute Bands in London
Browse all Entertainment Hire options!
Looking for a different type of entertainment? Search NowContact Us