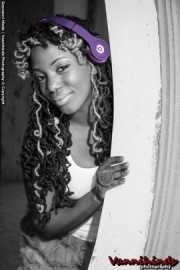 (no reviews)5.0
Country: Jamaica
Based In: Jamaica, Jamaica
Performs: Worldwide
From: Varies as per project description

Jamaican DJ. Only female DJ to enter and place in the top 3 of the Heineken Green Synergy DJ Competition
Request a Quote
Share this Page:
Profile Views: 224
Report this profile

DJ Naz from Harbour View, Kingston, was the lone female DJ on the hunt for the over-two million dollars up for grabs in the exciting 2009 Heineken Green Synergy competition.
For your review, see below an article written by a local newspaper.
“I love mixing, and it is a competition which gives you the opportunity to really showcase your talent”
She was very impressive at the Kingston auditions where she blew the crowd away with some really awesome mixing. In the opinion of many, DJ Naz did much better than her male counterparts and is a real threat in the 2009 Heineken Green Synergy ... competition.
Christened Nazaria Taylor, she comes from a strong musical background being the daughter of Don Taylor, the former manager of Bob Marley. Her mother is Joy White, popularly known for her hit song First Cut, which was produced by Donovan Germaine.
While going to her neighbourhood school, Donald Quarrie High, Naz used to entertain her peers by playing the drums.
“I used to play the drums a lot, especially when we used to perform Busta Rhymes song Really Want To Party With Me at school concerts,” she said.
After leaving secondary school, with a desire to journey into the music business, she decided to study studio engineering at a school in Kingston.
She was fascinated by the idea of being a disc jockey so she entered into that field as a member of an all-female team, on a sound system called Chemical X based in Meadowbrook.
She was taught the art of mixing by her good friend Pablo, who is deep in the sound system world. “I have learnt a lot from him. He told me that anybody can mix dancehall music but not everyone can mix different genres of music, so I try to practice that and it has helped me a lot,” she said. “I am still learning, though.”
Reminiscing on the first time her team played out at an event, she said, “It was at Bembe . it was four of us as girls and we were very nervous but we created a big vibes, the dancers came up on stage and the vibes was just mad. 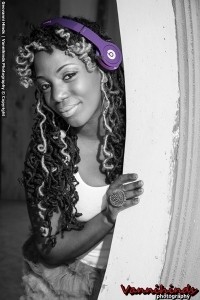