You are contacting Female dj frizzie 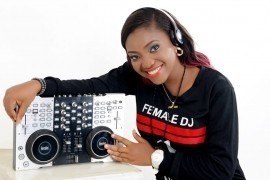 DJ Frizzie is one of the Top 5 female deejays and has had multiple ‘Female DJ of the Year’ nominations. Most recently, she came out the second runner up in the SMIRNOFF X1 Female DJ Competition 2017, and is also nominated to be amongst the DJane Mag Top100 2017.
: 0745989XXXX Click here to reveal
full number

When contacting this member, please state that you are viewing their Entertainers Worldwide profile.
Request a Quote
Share this Page:
Profile Views: 213
Need Help?
✖