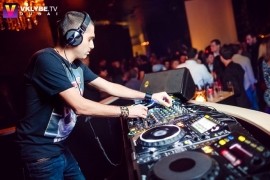 I have been a DJ since 1998. I have big experience in clubbing, lounges, working with famous artists on stage and festivals as well. Also I have an experience working with events promotions.
Request a Quote
Share this Page:
Report this profile

Johnny Black started his DJ career in 1998, and by taking a short period of piano lesson in his early age, it helped his ears to realize his love in the music keys and how to harmonize the songs in his DJ mixes and be of learning in the styles of music to deliver the right message in events and venues. He fell in love like any DJ in spinning with the vinyls in the beginning and that was very technique. In that industrial era, the CD technology was not in the market yet, and going back to these memories, Deejaying was really hard with effort. Also in the year 2000 he start producing electronic ... music and studying almost all kind of music genres to improve his knowledge and understanding in music field. His dream became international in working and traveling to other countries, performing and even supporting famous artists in many clubs.