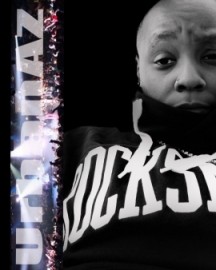 (no reviews)5.0
Country: United States
Based In: Arizona
Performs: Worldwide
From: $600


A Professional DJ since her early teens jockey DJ Trilla grew up with a passion for music. A musical ambassador and a veteran of R&B and a champion of hip hop – you name it, Trilla the DJ has been there and done it, never losing sight of her passions – playing music, breaking tunes and celebrating life. Trilla the DJ has been at the nexus of music, fashion, and nightlife for over half her living years as the go-to deejay for music impresarios, entertainment moguls, fashion icons & cultural trendsetters. Born in Chicago, Illinois and growing up in Milwaukee, Wisconsin it was at the age o ... f 17 that Trilla The DJ was given a set of turntables and began working as a mobile DJ at all the house parties around Milwaukee partnering with fellow best friend DJ Tyme. Collaborating with DJ Tyme, Trilla the DJ got a taste of the DJ scene by promoting events such as school proms, local high school dances & community based events. I said to myself one day that once the DJ showed up the party never stopped & everyone just smiled and danced the night away and people would come up to me and be like dude you did your thang tonight. “It was then that I thought, ’this is it, this is what I want do. As time passed Trilla the DJ felt that her works wasn’t going anywhere and decided to move to Phoenix, Arizona in 2002 to pursue her DJ career further. Starting off as a local DJ at one of Arizona’s top urban strip clubs she came across another Chicago native DJ Ronnie digital who also was a local DJ in the Arizona area. Ronnie Digital had already made a name for himself by hosting and producing his own mix tapes under his label Flip Hop Entertainment later adding Trilla the DJ as the first female DJ of Flip Hop. In 2003, Trilla the DJ released her first mix tape titled “Flip Hop & R&B that became very popular in area bars and clubs played by other DJ’s throughout the city. Over the past 15 Years, Trilla the DJ has exceled in her career and has gained local and national attention by people from the Midwest to the west coast where she now travels back and forth out of state as not only the most requested female DJ in the city of phoenix but also as the most requested wedding DJ. In 2015, Trilla the DJ hard work started to finally pay off when she was hired as the Resident DJ for the #1 Promotion Company in the city known as “UrbanAZ”. UrbanAZ is a based out of phoenix and is a promotional company that is known for bringing the hottest talent to our residency at the celebrity theater.