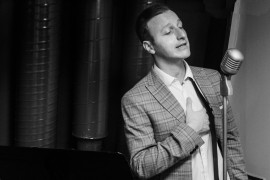 Paul has entertained audiences in events around the world. From theatres in the UK to internationally in hotels & on cruise ships as a swing & jazz vocalist performing the popular big band hits & standards of artists like Sinatra, Dean Martin, Sammy Davis Jr & more!
Request a Quote
Share this Page:
Profile Views: 534
Report this profile 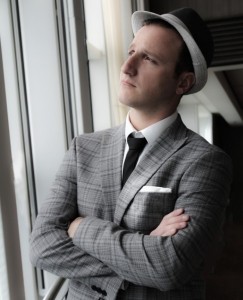 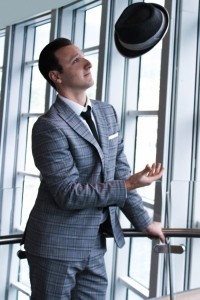 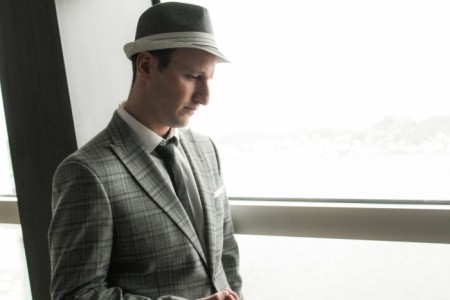 If swing is your thing, then Paul Rich will take you on a journey through some of Sinatra’s classics, as well as songs from other giants of swing; Sammy Davis Jr, Dean Martin and Tony Bennett and even present day artists, such as Harry Connick Jr and Michael Bublé.
Paul is available to book as a solo performer with high quality backing tracks, complete with a working PA System.

LADY IS A TRAMP
COME FLY WITH ME
YOU MAKE ME FEEL SO YOUNG
I'VE GOT YOU UNDER MY SKIN
LOT OF LIVIN' TO DO
CLOSE TO YOU
ALL THE WAY
IT HAD TO BE YOU
WHAT KIND OF FOOL AM I?
CRY ME A RIVER
MY WAY
WE ARE IN LOVE
NIGHT & DAY
IT’S NOT UNUSUAL
FLY ME TO THE MOON
THIS GUY’S IN LOVE WITH YOU
MACK THE KNIFE
KISSING A FOOL
AIN’T THAT A KICK IN THE HEAD
RECIPE FOR LOVE
FEELIN’ GOOD
I’VE GOTTA BE ME
NEW YORK, NEW YORK
THE GIRL FROM IPANEMA
THE AUTUMN LEAVES
MOONDANCE
ON THE STREET WHERE YOU LIVE
THIS COULD BE THE START OF SOMETHING BIG
SOMETHING'S GOTTA GIVE
ONE FOR ... MY BABY
LIVE TIL I DIE
CRAZY LITTLE THING CALLED LOVE (BUBLÉ)
SANTA CLAUSE IS COMING TO TOWN
JINGLE BELLS
LET IT SNOW! LET IT SNOW! LET IT SNOW!
THE MOST WONDERFUL TIME OF THE YEAR
WHITE CHRISTMAS
DRIVING HOME FOR CHRISTMAS
CHRISTMAS SONG
CAN'T TAKE MY EYES OFF YOU
SUPERSTITION
MY GIRL
SWEET CAROLINE
LIVING ON A PRAYER
MARRY YOU
HAPPY
ANGELS
BREAKING UP IS HARD TO DO
CARELESS WHISPER
THE SUN AIN'T GONNA SHINE
WILL YOU STILL LOVE ME TOMORROW
TEENAGER IN LOVE
WHY DO FOOLS FALL IN LOVE
SEÑORITA
WE CLOSE OUR EYES
KING OF WISHFUL THINKING
MUSTANG SALLY
MY EYES ADORED YOU
OH WHAT A NIGHT!
CRAZY LITTLE THING CALLED LOVE (QUEEN)
I WANT TO BREAK FREE
SEVEN SEAS OF RHYE
UNDER PRESSURE
THE SHOW MUST GO ON
WHO WANTS TO LIVE FOREVER
SOMEBODY TO LOVE
IT'S A KIND OF MAGIC
DON'T STOP ME NOW
WE WILL ROCK YOU
WE ARE THE CHAMPIONS
LOVE OF MY LIFE
GOOD OLD FASHIONED LOVER BOY
FUNICULI FUNICULA
POR TI SERE (YOU RAISE ME UP)
O SOLE MIO
NESSUN DORMA
BRING HIM HOME

Paul trained at East 15 Acting School and graduated in 2008, then trained in Musical Theatre at Associated Studios and graduated in 2010 and since then has worked solidly, both in the UK and internationally.
As happy performing for a small private party or function as he is at large prestigious events, Paul sings hits from the swing era and those bygone days of the Great American Songbook, with the songs of Sinatra, Dean Martin, Sammy Davis Jr and many other legendary entertainers. But also blends timelines by incorporating more modern day performers like Michael Bublé & Harry Connick Jr.

Paul Rich - Male Singer - Borehamwood, East of England Event Location: Planet Hollywood, St Julian's, Malta Event Type: Corporate Event 6th June 2019
It is always a joy to listen to the voice of a singer, it is an experience to listen to Paul Rich. He controls the stage both as a singer and performer. The opening of Planet Hollywood in Malta was unforgettable and his performance was even more so. It was special and it made us all feel special. Very well done indeed!
Reviewed by: Lucienne Camilleri
Paul Rich - Male Singer - Borehamwood, East of England Event Location: RCCL Anthem of the Seas Event Type: Cruise Ship Show 8th February 2019
Paul has certainly Razzled and Dazzled guests onboard one of the Worlds Largest Passenger Vessels. Professional, Charming, Charismatic, Allow Me to be Frank has the ability to transport you back in time to quite simply have a fabulous time!
Reviewed by: Hannah-Rae Hawkes

Ever since I was young, I've been a performer.
Even if I wasn't initially aware of it, my parents definitely were, they would tell you!
I fell into acting by chance really. When I was 11, I was having a tough time at school, kids can be cruel and because of that, I had low self-esteem. My folks enrolled me in acting classes and I gained so much confidence. Acting turned to singing and then from the age of 18 I trained at East 15 Acting School, where I was taught a very valuable lesson. Possibly the most important of all - that to ever be a truly great actor, I would first have to be comfort ... able with being myself on stage. Something that I'm happy to say is something I can do. Acting is my first love but singing is my great love... And much of my work tends to be singing.
My greatest strength is in Musical Theatre, where I get to ply both those trades. 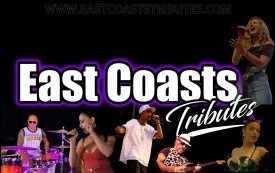 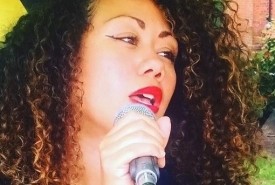 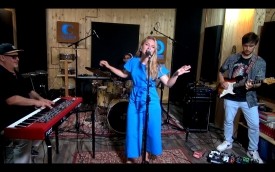 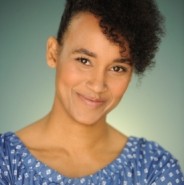 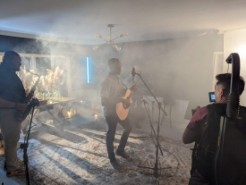