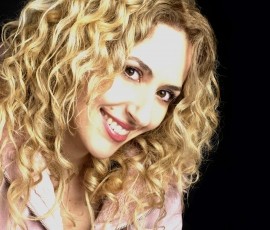 An exceptional vocalist and a virtuoso pianist / keyboardist, performing alone or with a band, in a big variety of music genres. Very social, with a big experience and a huge repertoire in many languages.
: +30697285XXXX Click here to reveal
full number

When contacting this member, please state that you are viewing their Entertainers Worldwide profile.
Request a Quote
Share this Page:
Profile Views: 1827
Report this profile

There are many choices in performing! I can play the piano/keyboards and sing, alone (one woman band), or with other musicians, in smaller or bigger bands (e.x. with one more musician at violin, flute, guitar, sax etc or with full band).
My repertoire is really wide in many ways and it can be adjusted further more, depending on the project.
So it can consist of atmospheric, lounge, acoustic songs at the recepction of a hotel, or it can be more lively, pop-ethnic style songs for a dinner-music, or even more lively dance music for a party occasion.
I sing in many languages (greek, english, fr ... ench, italian, spanish, arabic, jewish) so my repertoire can include original songs from many countries and from different musical genres. Or it can include for example only english or only french songs if prefered for the occasion. I play and sing contemporary songs and also songs from the 50's, 60's, 70's and 80's. My repertoire includes really thousands of songs and instrumental pieces of music to choose from. I can also use a keyboard additionally to the piano, or instead of the piano, with backing tracks etc.
I have much experience as I have been performing since many years in various venues (from 5star hotels and gigs to big concert halls) and having released three personal cds.
I speak fluently English, French and Greek and I can communicate very well with the guests.
I love music and socializing with people, so I always do my best to make guests have a wonderful time! I love entertaining people and putting smiles around!
My performance, depending on the budget, can also be combined with a dancing show by professional dancers.
I love music and since I also love travelling and gathering useful experiences, this makes a perfect combination to visit many places all over the world and enrich my musical background. I have been professionally working as a musician for years, since a very young age, and I love experimenting, practising and make my music go to a higher level day by day!

I have full equipment to bring with me, if needed (microphone, two high quality 12' electrovoice speakers, channel mixer, stands, cables and a wonderful Yamaha Tyros 5 (76 keys) as well as a Korg Havian 30. 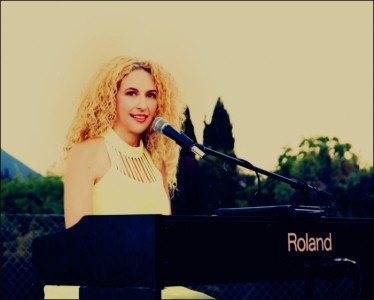 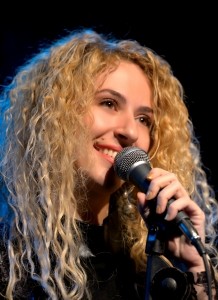 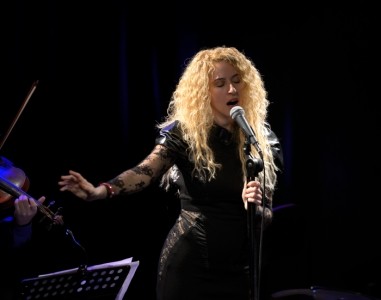 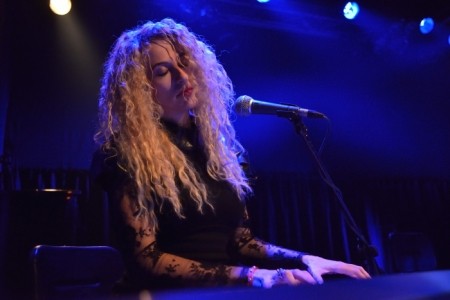 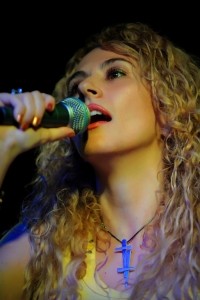 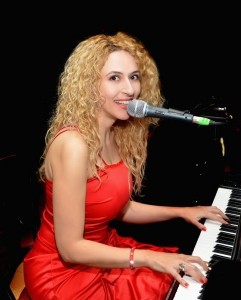 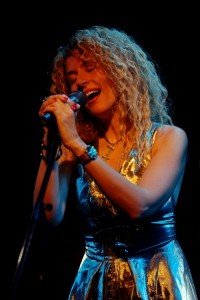 Antigoni Katsouri - Pianist / Singer - Athens, Greece Event Location: Santorini Event Type: Daily performances 11th August 2017
A wonderful musician - singer, who really enchants everyone who listens to her!! She has been working with me for long, in my restaurants in Santorini and abroad, and I can only say the best for her musical abilities and for her kind behavior! She is an exceptional talent and very social with people, which is very important in an entertainment business !
Reviewed by: Makis Petaloudis
Antigoni Katsouri - Pianist / Singer - Athens, Greece Event Location: Ioannina Event Type: Daily performances 30th November 2016
Antigoni is a magnificent performer! She had daily performances in my restaurant - bar for three years, and it was always full thanks to her ! Everyone was coming to listen to her and to see her! We still cooperate in various projects, despite her very busy schedule!
Reviewed by: Paul Loukas
Antigoni Katsouri - Pianist / Singer - Athens, Greece Event Location: Kefalonia Event Type: Daily performances 28th August 2016
Such a great musician !!! She works for many hours without getting tired and she is excellent also in communicating with the clients! She really shines when she is singing!!
Reviewed by: Thomas Liros
Antigoni Katsouri - Pianist / Singer - Athens, Greece Event Location: Athens Event Type: Wedding party 30th May 2016
Antigoni performed in our wedding ceremony and we are so grateful for that!! We all had a wonderful time, and her soft voice made our mind travel in the life we dream! We saw her singing in Athens and we knew from the beginning that she was the one who would sing in our wedding!!
Reviewed by: Andreas and Lina Papageorgiou