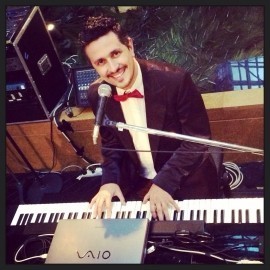 (no reviews)5.0
Country: Italy
Based In: Italy
Performs: Worldwide
From: Contact

After years of playing in various band at street parties around Calabria (south italian Region), in 1995 Franco starts working as piano bar entertainer in clubs and hotels of his hometown, Amantea, and it’s vicinity. He begins his international career in 1996, working in Germany. Although this experience was followed by contracts in Italy, in Porto Cervo (2000) for example, or the holiday resort “Bravo Club” (2003), in the year 2004 Franco embarks on board of a cruise ship and starts his 5 year long collaboration with Costa Cruise Lines.
He works on these ships:
2004: Costa Mediterra ... nea (4 months)
2005: Costa Tropikale (1 months) - Costa Victoria ( 4 months)
2006: Costa Classica ( 7 months)
2007: Costa Marina (5 months) - Costa Concordia ( 4 months , as Duo Casanova)
2008: Costa Serana (5 and half months , as Duo Casanova)
2009: Costa Victoria (6 months , as Duo Casanova)
..
Cruising in completely different areas of the globe (Mediterranean Sea, Canary Islands, South-East Asia, India, Black Sea, North UAE , North Africa, North Europe) and entertaining passengers from all over the world has significantly enriched his professional experience.
..
The repertoire is of course international and colorful, containing pieces of different genres.: italian, latin, 70's, swing, jazz standards and ballroom dance, 50s, 60s, rock and constantly expanding going by the style and demand of the given audience. This may include karaoke too. Franco always keeps to a tasteful performance and a nice nteraction with guests.
..
Franco sings in several languages (english, italian, french, spanish), and speaks fluent italian and english
..
Franco works by land in Italy (since 2009) and plays for wedding receptions and for parties and is open to new opportunities that require live music. He also performed in "Maribel" Hotel (**** Superior) in Madonna di Campiglio for 2011 new year's eve and in Grand Hotel "La Tonnara" (****) in Amantea (Calabria) for 2012. 2013 and 2014 year's eve they play in Hotel "La Tonnara" (****) in Amantea (all , as Duo Casanova)
Franco is working in Japan, at the moment , as Duo Casanova, at Sheraton Grande Ocean Resort, in Miyazaki for a six months contract (january/june).
From July Franco will be available as solo pianist/singer entertainer. 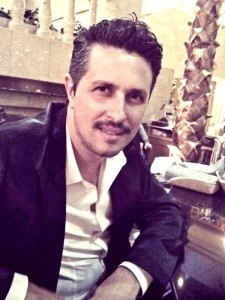 5 years (2004-2009) as pianist singer and duo on Costa Cruises ships
6 months contract at Sheraton Grande Ocean Resort, Miyazaki, Japan
Since 1995 playing in many locations in Italy for weddings