When contacting this member, please state that you are viewing their Entertainers Worldwide profile.
Request a Quote
Share this Page:
Profile Views: 326
Report this profile

Joseph Wiley “JOE-JOE”
404-396-3325
joejoewiley@gmail.com
www.facebook.com/joejoewiley
www.reverbnation.com/hispraise
Joseph Wiley was born November 26, 1971 in Jamaica – Queens, NY and from the early age of 2 years showed true signs of musical talent. “Joe-Joe” as he is affectionately called, is an astounding keyboardist who is diverse in many forms of music including Gospel, Jazz, and Soul, R & B, Blues and the Sacred Classical genres. Since 1989, Joe-Joe has traveled this vast nation performing in many venues and ministering in many well known churches. His vast acquaintan ... ces has allows him to share & appreciate the stage with many notable and well-recognized artists & celebrities.
Joe-Joe also shares the experience of Musical Theatre from which he served effective as assistant music director for the Harlem Gospel Theatrical Tour (B) featuring Charles Lyles (and Queen Esther Marrow) from the “96”-“97” season that visited France, Austria, Switzerland & Germany. From this experience he gained great insight for the international music market which he demonstrated later in his career in Japan.
Not only is Joe-Joe a gifted musician, he is also blessed to have a smooth baritone / 2nd tenor range that resonates nostalgia and blooms into the new age and is sure to captivate every listening ear. He’s proven this in front of many audiences in Japan singing Gospel & Standards. Joe-Joe has been instructing and developing Japanese singers since 1999 training them to be noble performers and artists alike. He also has been featured in many concert performances in Japan with an all Japanese Gospel Choir, which also performed at the GMWA in 2002 (video available).
Joe-Joe has spent a lifetime growing up in church learning discipline and formal musical expression, and bears sensitivity to simply listening and caring for those who desire to be more excellent in their craft. Joe-Joe has worked with Grammy & Stellar Award Winning Producer Steven Ford who introduced him to the commercial music industry. During this relationship, Joe-Joe has contributed to the production of many recordings & commercials such as Vicki Winans, Shirley Caesar, Maurette Brown- Clark, DFW Mass Choir, Bishop T.D. Jakes, ABC Networks, and Straight Gate Church just to name a few.
During his tenure as minister director at Ford Memorial Temple his church choir released a CD which he wrote & arranged most of the material. Joe-Joe has gained much notoriety as a church musician / minister and has shown great diversity in sharing his gifts secularly. Joe-Joe has worked with producer and agent Billy Kahn who initially introduced and discovered pop sensation Brittney Spears to the world as an artist; by helping his develop new acts training them vocally.
Joe-Joe is blessed to have spent time working at the world famous Blue Note Jazz Club of Osaka Japan as guest artist and instructor at their private music school where he was instrumental in the organization and development of a special curriculum to teach Japanese speaking people to sing in English with great dynamic ability. Many of his private students have pursued successful solo careers in Japan.
Last but not least Joe-Joe is a caring man who sees the good in everything and desires to sing write or play the song that will get the attention of anyone who needs to hear or feel something beyond the ordinary. “Just don’t take any word for it; you will be happy to experience it for yourself.”
Joseph Wiley currently resides in Jacksonville Florida and is the father of three beautiful children and two grandchildren
Joseph “Joe-Joe” Wiley Discography
(PARTIAL DISCOGRAPHY)
With Steven Ford (Syrue Productions)
Vicki Winans “Live in Detroit”
Vicki Winans “Live in Detroit” 2
Bishop T. D. Jakes “Woman Thou Art Loosed” (1st Album Series)
Shirley Caesar “Christmas with Shirley Caesar” 1999
Various ABC network commercials (Philadelphia & San Diego)
“My McDonalds” (McDonald’s Corporation) 1996
DFW Mass Choir “I’d Rather Have Jesus”
Maurette Brown-Clark “How I Feel”
Straight Gate Church “Faith in the House” 1999
GMWA “30 Years in the Spirit”
The Best of T.D. Jakes “Get Ready”
Various Wrigley’s Gum
With Ford Memorial Temple
Album- “Live in the Temple” Bishop Andrew Ford / Anointed Voices “1998”
With Billy Thompson
Album- “From the Heart”
With Brockington Ensemble
Album- “The Lord is My Light”
With Harlem JP Choir Live with Joe-Joe Gospel Choir (Japan Release only)
Album- “Jesus Is Knocking”
Kim Burrell – “Try Me Again”
(re-release) Creative and Technical Consultant / Producer – Shanachie Records
www.reverbnation.com/hispraise
(Most credits can be Googled as –“joseph wiley / gospel music”)
Additional credits can be furnished by request 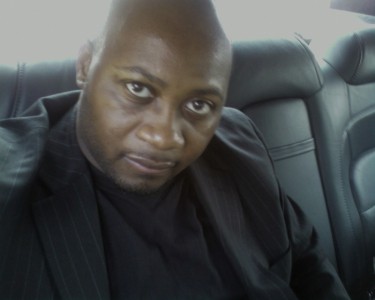 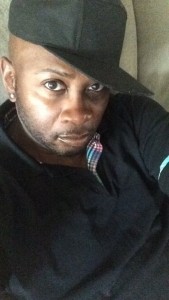