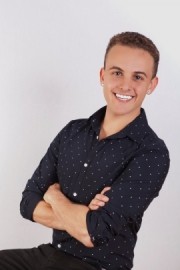 Matthew James (born Matthew James Harrou Sivertson: 11 August 1996 in Minneapolis, Minnesota) is an American singer-songwriter noted for his strong variety of styles & inspirations ranging from The Beatles to James Brown to Michael Jackson. He has lived most of his life in Minneapolis, Minnesota as well as being originally raised in Morocco, Africa. Growing up with a father as a professional musician, Matthew took on wide variety of instruments and musical projects such as piano at age 6, Drumming at age 10, Hip-hop Dancing at age 14, & singing at age 15.
By age 17, Matthew was finishing h ... is final years of High School at the McNally Smith College of Music where he was given the opportunity to study vocal performance techniques, songwriting/compositional skills and production. During his experience, he has collaborated with the six-piece ensemble, The Common Cassettes performing all throughout Minneapolis/Saint Paul as well as touring in Seattle, Washington; Austin, Texas; & Rochester, New York.
In late 2014, Matthew James signed under one of Minneapolis’s largest independent label, Pledge Empire Records under the stage name, “Matthew J.”. Throughout the next 2+ years, Matthew James found himself producing, ghostwriting, and composing various songs targeted towards the Hip-Hop/Rap community.
Over the years, Matthew James has managed to score compositions for the LA based competition, “World Wide Star Search”, performing with 3x Grammy award winners, Jamaica Bennett and Pippi Ardennia, and collaborating with Former NFL Defense Linemen, Esera Tuaolo in his event, “Hate in Any Form Is Wrong”. Since then Matthew James has been nominated “Best RnB Artist of the Year” by the Twin Cities Urban Music Awards and received sponsorships from iHeart Radio to attend HRC (Human Rights Campaign).
In 2016, Matthew James signed record deal with Wanda Music Entertainment Group in collaborations with the Pop/Rock Duo, Hobart Ocean.  Now residing in Hollywood, California; Matthew James represents himself as an independent entertainer while continuing to peruse modeling, acting and music. 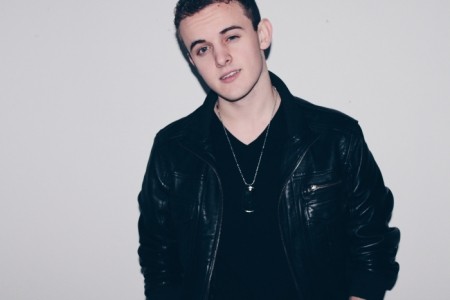 Matthew James - Pianist / Singer - LA/OC, California Event Location: Los Angeles Event Type: World Wide Star Search 21st August 2017
Matthew has been such a blessing for my daughter, Mia, and I. He prepared Mia vocally for the World Wide Star Search showcase in Los Angeles last summer. Her gave her voice lessons and created the instrumental track for her to sing with at the competition. In addition, he even came to the showcase to support her. Her performance was stellar and she ended up placing 2nd overall, out of 70+ adults and youth! She was asked to sing last-minute at the awards banquet, so Matthew worked with her to prepare a song and accompanied her on the piano. Thank you so much, Matthew! We could not have done it without you!!
Reviewed by: Tia V
Matthew James - Pianist / Singer - LA/OC, California Event Location: Los Angeles Event Type: Wanda Music Entertainment Group 21st August 2017
To Whom It May Concern, My name is Marlene Dunstan. I am a business professional with over 15 years management experience in business fields. I also was an actress, model and dancer before I embarked on my professional career. I am since retired and manage both of my daughter's who have been involved in entertainment their entire lives. I have known and worked with Matthew over the past year. I met him through my daughter, Audrey Gelb's, previous label Wanda Music Entertainment Group, and they have been collaborating ever since. On a professional level, I know Matthew to be a highly driven, self-motivated professional. He is very hardworking and usually works full time, while pursuing the music business with the rest of his time. He is open minded and embraces feedback, while at the same time comes up with suggestions and offers feedback too. He is also organized, efficient, dependable, responsible, multi tasks very well and is task oriented. He works independently, but is also a team ...player. He has excellent communication skills and interacts with everyone with respect. I have enjoyed working with Matthew very much and he is truly a model client and employee to anyone who has worked with him professionally. On a personal level, I will say that Matthew has equally impressive attributes. He has the best attitude, positive mindset, very energetic, humble, supportive, willing to take risks when necessary, talented, and eager to continue learning to become his best self as a person and as a performer. I would highly recommend Matthew to any prospective employer and I have thoroughly enjoyed working with him myself. He is the type of model professional that businesses seek and the kind of person people love to work with too.
Reviewed by: Marlene D
Matthew James - Pianist / Singer - LA/OC, California Event Location: Minneapolis, Minnesota Event Type: ENCORE 21st August 2017
Hello, I will first give you a brief history of myself. I was in the Prince camp for about 10yrs. I performed back vocals for George Clinton and Malia Franklin. I was around the members of the New Power Generation, and The Time. I have spent many years in the music industry. I have experience setting up and conducting rehearsals. I do not sing anymore due to illness, but I am asked quite often to find great musicians, and refer them to other musicians on a label, or to create a band to put with an artist. Matthew was an artist that I found and auditioned, and put with a band that I was managing for someone else. I had a great rapport with Matthew, and a wonderful experience with him. He is a consummate professional, very hands on, has great artistic input, is easy to get along with, has a wonderful personality, etc. What I admired most about Matthew is he has a great head on his shoulders, a very no ego kind of young man, who is funny, takes direction great, etc. I truly cannot say eno ...ugh good things about him, I grew to admire him for his age, and being so well rounded. He is everything I would always want in an artist and musician. He also plays keyboards very incredibly well. I absolutely love Matthews voice, he has really good tone, control, and range. And was always willing to look for more ways to make his vocals better. Matthew would be a great addition to any artistic project. You really would have a special young man. I would love to work with him at any time in the future.
Reviewed by: Marybeth Long