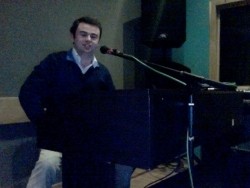 (no reviews)5.0
Country: United Kingdom
Based In: London, East of England
Performs: Within 50 Miles
From: £60 per hour

I write songs and classical music. I play the piano but I mainly perform on a keyboard and singing to backing tracks.
Request a Quote
Share this Page:
Profile Views: 216
Report this profile

I perform my very own original songs on my keyboard and with my backing tracks.
I have written over 100 songs and I have over 50 that is good and ready for performances.
I perform once a week at the Railway Pub in Blackheath and I have always come out being quite successful to the audiences.
As I am also a classically trained pianist, I have also composed classical pieces which are soothing for quiet venues such as hotels.
I write Rock, Pop, Pop ballads and Classical.

I was born in Paris, France (20th March 1993) and I have been rasied in London, UK for most of my life.
I studied a music performance course at North West Kent College where I first took an interest to the stage but before then I only had an interest in writing songs and music.

I performed for 3 years at the Miskin Theatre at my college and then for 6 months now I have been performing once a week at open mic evenings at the Railway Pub in Blackheath performing 2 or 3 of my songs.
Sometimes I go down there with my keyboard and sometimes I perform there with only backing tracks which have always resulted well to an energetic audience.

I have always been a solo musician and I am my own manager. 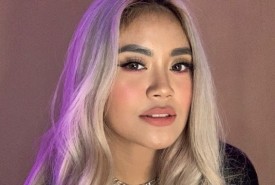