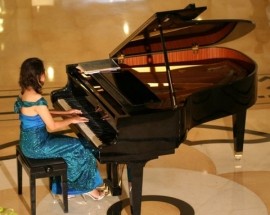 R. Excelicia Cunville is a Western classical singer, pianist, composer and choir director with extensive national and international exposure. Her talent is showcased in several ways, including singing and acting, accompanying herself on piano and composing.
: +91 988022XXXX Click here to reveal
full number

When contacting this member, please state that you are viewing their Entertainers Worldwide profile.
Request a Quote
Share this Page:
Profile Views: 1314
Report this profile

I can sing a variety of styles - Broadway, classical, old pop and love songs, and a bit of jazz, either to live accompaniment or backing tracks. If the hiring company already has a pianist or other instrumentalists, then nothing like that. I can also, depending on the time frame of the contract bring a pianist. If it makes any difference i have performed with pianists of different nationalities : American, Dutch, English, Indian, Japanese, Korean, Polish, Thai.
I have sung not only at 5 star hotels but sung solo in concerts and different settings in England, France, Germany, India, the Nether ... lands, Thailand.
I can accompany myself on piano for some songs, can play melodies, and very interested in accompanying other instruments. So if the hiring company already has an instrumentalist and needs a piano accompanist i am ready to do that.
Am comfortable on stage too - i take off not only musically but dramatically. And can make pertinent speeches wherever necessary.

will go with what is needful

“The dancing conductor” was a fitting description bestowed upon R. Excelicia Cunville by the late Leela Naidu(actress/musician) after she attended a concert at the St. Thomas Cathedral, Mumbai, a few years before she passed away.
Cunville’s stint in Mumbai confirmed her talent to bring people of different cultures and backgrounds together and to train and inspire then to sing together in the highest level of spiritual harmony. She had been invited to conduct the Halcyon Chorus for a Christmas programme after which she co-founded the Madrigale Internationale(Mumbai): a choir which featur ... ed singers from all over India as well as Thailand, the African continent, and the United States of America.
As she led the MI from one concert to another she wrote and composed her own songs and music and established her credibility as a composer. The choir enjoyed performing her original compositions as much as the audience appreciated them. She also composed songs for a London-based teleplay, segments of which have already show-cased live in March 2014.
From these early beginnings, R. Excelicia Cunville(whose voice ranges from contralto to soprano) went on to be invited to sing at the Zimriya Festival in Jerusalem, and to found and conduct the choir at Christ Church, Amsterdam.
She has also sung solo in India, Thailand, the Netherlands, France and Germany, highlights being giving a well-received concert at the India International Centre, New Delhi(2012), performing with the Cochin Chamber Orchestra in Kerela(January 2015), and solo concerts in Paris and Berlin(April 2015), and in London (October 2015). September 2016 saw her performing a solo concert at St Martin-in-the-Fields, London, followed by concerts at the India Habitat Centre and Kamani Auditorium, Delhi, as part of the Delhi International Arts Festival where she not only sang, but also accompanied herself on the piano.
At the piano, she has thrilled audiences in different settings including accompanying soloists and groups, as well as playing for operettas.
Incidentally, she was also a member of the Anglo-American Theatre Group of The Hague, the Netherlands; has recently been chosen as one of the winners of an international poetry-writing competition; and as a musician has performed with people of different nationalities. Besides, she is a certified teacher of English as a foreign language. She lives and works in Bangalore, India. 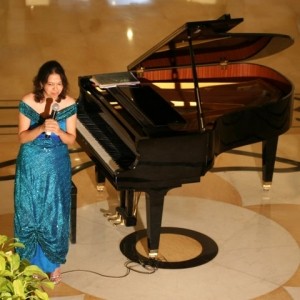 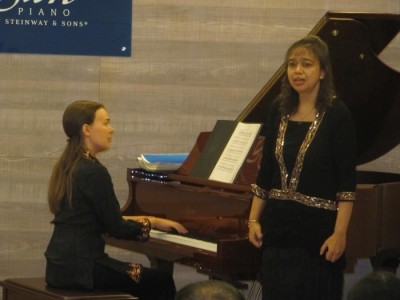 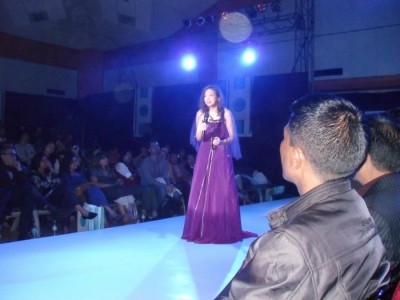 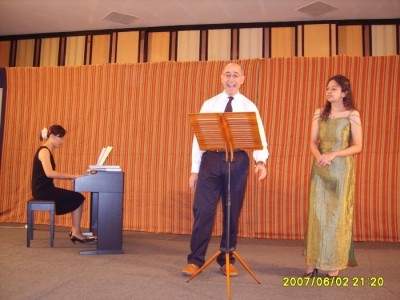 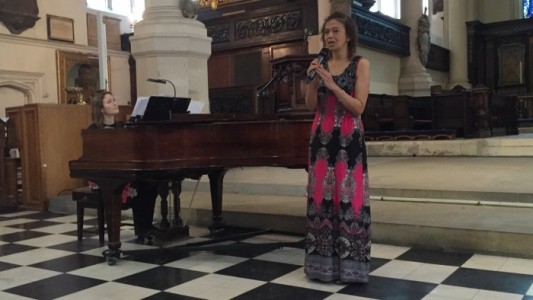 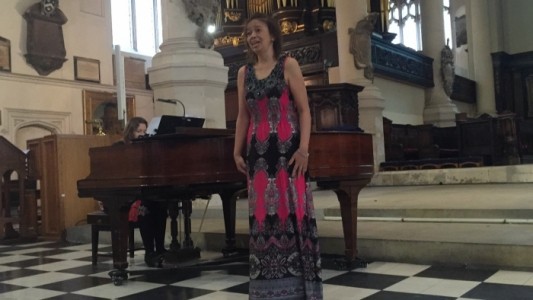 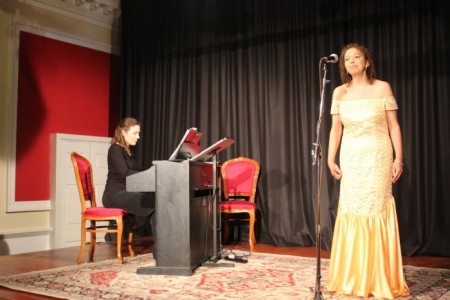 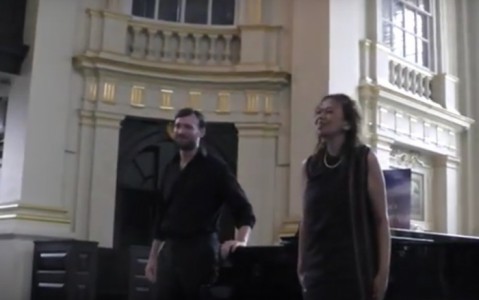 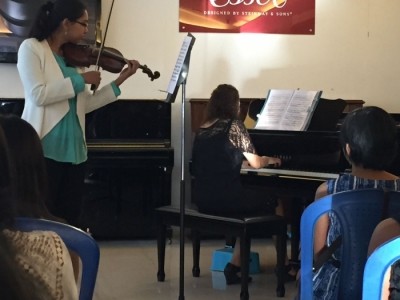 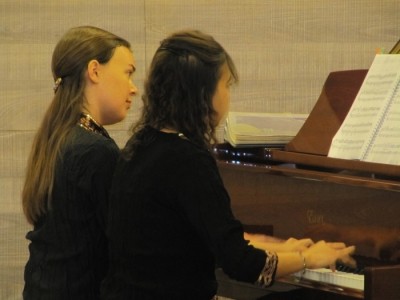 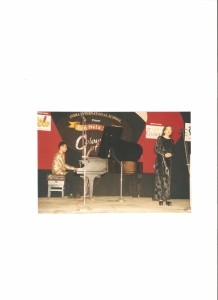 Am already giving piano lessons online so can be contacted for that. And i can also perform as a singer. If anyone wants a piano player - solo or needs piano to be played together with another instrument, that is fine too.
Choir directing is in the books as well!
Thank you.

Share this Page:
Click here to view all of our Pianist / Singers on Entertainers Worldwide
Browse all Entertainment Hire options!