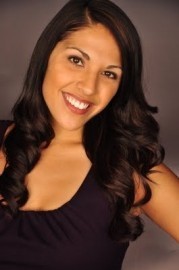 Scarlett Brais is a gifted performer with an award winning smile and a unique ability to connect with her audiences on a personal level. Based In California, she is available to perform at Parties, Weddings, Corporate Events & more.
Request a Quote
Share this Page:
Profile Views: 512
Report this profile

Scarlett Brais is a gifted performer with an award winning smile and a unique ability to connect with her audiences on a personal level. With the voice of a songbird that is inviting, warm, sweet and full of soul, Scarlett captivates the crowd with her charm and elegance.
Scarlett Brais was born in Whittier, California on January 19, 1988. She was a musical child – full of creative energy and a natural desire to perform. At home, she was immersed in music and exposed to all types of genres and styles.
Scarlett's music career began at a very young age when her father enrolled her in ... keyboard lessons at a local music school. From age 5 and on, Scarlett continued to show an impressive understanding of musical melodies, harmonies and rhythms. She was mesmerized with ballet and her mother saw that even at her young age, she was quick to catch on to syncopated movement and would even choreograph her own routines at home. It was in her dance classes that Scarlett would develop a strong stage presence and begin to harvest her talent as a performing artist. She excelled in ballet, jazz, tap and hip hop styles and showed a genuine willingness to learn and cultivate her skills into something worth sharing.
Scarlett began singing in middle school when she joined the 40-member vocal ensemble. She was the first student to pick out harmonies within the repertoire and would lead sectional rehearsals for her peers during lunch. She began writing four-part accapella music and sharing it with her classmates to perform for various recitals and talent showcases. She also choreographed show choir routines that were imaginative and full of energy. She was well respected by her peers and teachers, who, seeing immense promise in her future as a professional performer and teacher, encouraged her to keep working towards her dreams.
In high school, Scarlett’s talents flourished. She was an active member of the school choir, leading sectional rehearsals and continuing to choreograph full stage productions for the group. She loved the theater and began performing in leading roles for the school musicals and plays. She also began writing her own short stories and songs. At age 14 she began taking voice lessons where she would sing all styles from classical to contemporary. She was a gifted vocalist and challenged herself to sing advanced repertoire.
At age 16, Scarlett’s teaching career would begin when she placed an ad in the Penny Saver advertising herself as a piano and voice instructor for the community and surrounding areas.
The decision to pursue music as a lifetime career after high school was an easy one. Scarlett knew the direction her life was taking her and enrolled in college level theory and voice classes at The Bob Cole Conservatory of Music at California State University Long Beach. In her four years at the university, Scarlett excelled in music theory, composition and history courses. She was an accomplished Soprano in the prestigious CSULB Chamber Choir and toured internationally with the ensemble to sing in several parts of central Europe and Italy. She was exposed to challenging classical voice repertoire in Italian, French and German languages. In her private lessons she worked hard to develop a strong vocal technique and foundation.
In 2010, Scarlett graduated from CSULB with a Music degree in Vocal Performance. She continued her studies and began learning jazz piano and voice. She also embraced reggae and ska music, making that her primary focus when she joined the Los Angeles reggae band, Lightning Flash in 2012.
Nowadays, Scarlett is an active performer in the LA music scene. She continues to play and write for Lightning Flash but can also be seen playing percussion and singing with The Delirians, an up and coming reggae-funk band from East Los Angeles. Scarlett has sung alongside reggae legends, The Jamaicans and Mr. Errol Dunkley. She is well respected by musicians and fans alike and plans to record a solo album this coming year.
Scarlett is a successful voice and piano teacher and has been teaching for a living for nearly ten years. She teaches students of all ages and experience levels. She is passionate about her students’ talents and encourages them to follow their dreams and let music be their remedy. 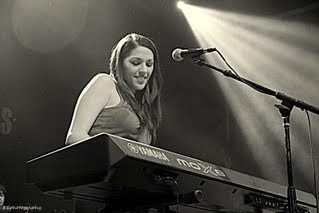 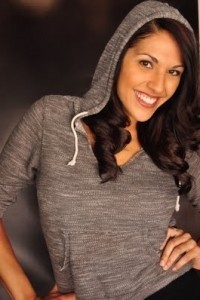