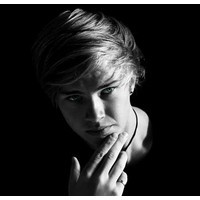 (no reviews)5.0
Country: United Kingdom
Based In: London, London
Performs: Worldwide
From: Negotiable

Singer-songwriter, with a healthy repotoire of covers ranging from the 50's to current day pop songs. Specializing in soul singing and jazz piano.
Request a Quote
Share this Page:
Profile Views: 640
Report this profile

Singer-songwriter, with a healthy repotoire of covers ranging from the 50's to current day pop songs. Specializing in soul singing and jazz piano. Confident on the piano to improvise for hours on relaxed, jazzy and atmospheric sounds, ideal for lounge or ambience settings. Key artists of inspiration that Seb likes to cover are: Sam Cooke, Donny Hathaway, Stevie Wonder, James Taylor, John Mayer, Beatles, Billy Joel, Marvin Gaye and many, many more.
A keen ability to sightread both in singing and piano playing, and can also turn his hand to the guitar with significant ease for some diversity ... and contrast in a set. A strong vocal range inspired by the soul singing legends of the 60's, and very able to utilise facetto.

Sebastian Payne is a graduate of Berklee College of Music, majoring in Professional Music & Songwriting. He is relishing the prospect of applying and consolidating all that he has been fortunate enough to receive over the three years spent in America.
Seb has been singing and playing music for the vast majority of his life, trained classically at St Paul’s Cathedral in London, UK under John Scott as a choirboy from the age of seven, and then going on to further his musical and artistic endeavors at the King’s College Canterbury where he was introduced to some more contemporary styles su ... ch as jazz, soul and R&B. Consistently performing and singing in shows whenever he could, his life has been largely under the path of performance, however more recently the art of songwriting has found its way to some priority on his agenda.
Seb has spent a good amount of time travelling round the world, living in Hong Kong for 10 years, as well as the experiences made in Europe. In particular his time in Asia has been extremely formative and invaluable, as he featured regularly at one of Hong Kong’s premier jazz clubs “the Skylark”. It was here under the mentoring of Motown legend and co-owner of the club Bobby Taylor that he began to scope and refine his sound, technique, delivery and passion.
At Berklee Sebastian has performed in multiple ensembles, developed a proficiency in music production and arranging, matured as a songwriter and singer, and has made some of the most treasured relationships with like-minded musicians.