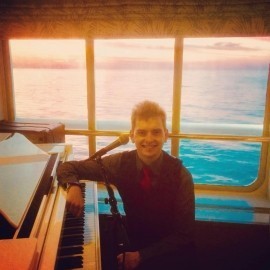 (no reviews)5.0
Country: United Kingdom
Based In: Milton Keynes, East of England
Performs: Worldwide
From: Contact

I'm a pianist/vocalist that has the ability to engage with the audience or provide background music if required.
Request a Quote
Share this Page:
Profile Views: 180
Report this profile

I'm a pianist/vocalist that can interact with the audience and can do background music if also required.

Here's a link to my repertoire of songs. It's changing all the time.
https://irp-cdn.multiscreensite.com/4b0d7cee/files/uploaded/Set%20list.pdf

I'm a singer-songwriter and session musician, who graduated from the London College of Creative Media (formerly the London Centre of Contemporary Music, LCCM) in 2017, with a BMus in Music Performance and Production on the piano/keys course. I've been loving the London vibe and the gigging opportunities I've had at venues in east and south London. I released my first EP, Dangerous Game, in October 2016 with a gig at The Slaughtered Lamb, clips of which you can see on the My Music page. With two further singles released in June 2017 produced by The Animal Farm, I'm really excited about my song- ... writing right now.
I love performing and playing live and have been doing it since I was 12 in all sorts of venues, including The Stables in Milton Keynes. I've been lucky enough to play with a number of session and theatre musicians who have supported, among others, George Michael, Jethro Tull, The Divine Comedy and Sir Cliff Richard.
As well as solo and band gigs, I've played keys in a few professional shows including Sleeping Beauty, Rapunzel and Alice in Wonderland at the Gordon Craig Theatre in Stevenage and on tour. When I was about 14, I discovered jazz and played sax with a jazz band for a number of years, also occasional piano and vocals. Though my musical style is piano-based pop/rock, it's really cool to have those jazz influences in there too and it's been great at LCCM where there's a lot of jazz on my course.
Just for the record, I've been through all that exam stuff with distinctions in grade 8 in both classical piano and jazz saxophone!
I first went into the studio when I was 13 and recorded a CD of covers (I still have about 50 of them at home if anyone wants one - rare, limited editions!). I started songwriting a couple of years after that. All in all, I've come a long way from when I first started picking out tunes on the piano when I was about two (apparently) and playing kids' TV theme tunes to my brother!
I can't wait to see what happens next! If you're interested in working with me, please get in touch. 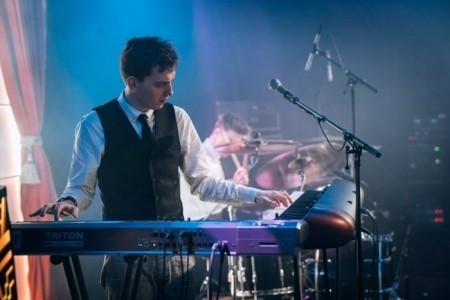 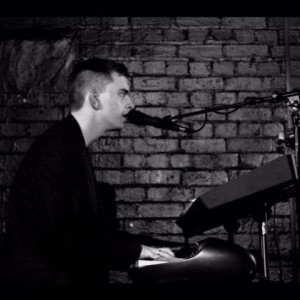 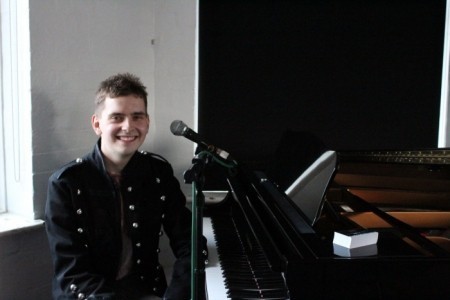 Experience
Cruise
• Musician (piano-vocalist) on the Marella Spirit, TUI Cruises for PEEL Talent (Jun - Oct 2018) Solo and Band Gigs
▪ Party Like Gatsby with The Toons band: dates in Denmark (2016, 2017), Sweden (2017), and UK tour (2018), to audiences of up to 3000 per gig
▪ Varsity Match post-match entertainment at Twickenham Rugby Stadium (2018 and 2017)
▪ Dangerous Game EP launch at The Slaughtered Lamb, Clerkenwell, London (2016)
▪ Regular gigs with LCCM bands at London venues including Cargo, the Bedford, the Amersham Arms, the Crypt
and Hoxton Square Bar and Kitchen ( ... 2014-17)
▪ Session musician/dep for various function bands (2016-present)
▪ Various pop and jazz gigs with James Mainwaring (2012-2013)
▪ Many live performances at local events, venues and functions (2008-2014)
Recordings
▪ Hotel Phone and Live Fast Die Young (produced by The Animal Farm) - both original songs of mine, available via my website (released 2017)
▪ Dangerous Game - my debut EP of original tracks, available via my website (released 2016)
▪ Featured on the debut album of vocalist, Milena Estelle (due for release 2018)
▪ Addicted - I feature on this single by German artist, SARAH (released 2017)
        
Theatre
▪ Keys on Sleeping Beauty, Gordon Craig Theatre, Stevenage and tour (March/April/August 2018)
▪ Keys on Rapunzel, Gordon Craig Theatre, Stevenage and tour (2017)
▪ Keys on Alice in Wonderland, Gordon Craig Theatre, Stevenage (2016)
▪ Keys on EDSA productions of Footloose (2013) and Fame (2012)
▪ Keys/saxophone on school productions of High School Musical, The Wiz, Joseph and the Amazing Technicolor Dreamcoat and A Night at the Musicals (2011-2014)
Other
▪ Runner-up (2014) and 3rd place (2013) with The Academy band in Bedfordshire Battle of the Bands at the Stables, Wavendon, Milton Keynes
▪ Finalist (classical piano) in Bedfordshire Young Musician of the Year, run by Toddington Music Society (2013)
▪ Accompanist; corporate functions (piano bar)