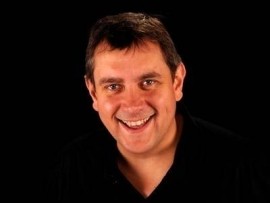 Rock n roll pianist with 31 years experience, has worked with The Rolling Stones, Sir Ray Davies, Chuck Berry++ Know for great connection with the audience, funny renditions and well known sing alongs. Jools Holland chose Ben as one of his favourite pianists in history
Request a Quote
Share this Page:
Report this profile

Ben Waters is renowned for playing barnstorming sets, rockin’ the house every time, playing the music of his heroes Fats Domino, Huey Piano Smith, Albert Ammons, Ian Stewart (founder member of the Rolling Stones) Jerry Lee Lewis, Diz Watson – and he also plays his own compositions.
Ben has played with many acts over the years including Ronnie Wood, The Rolling Stones, The ABC&D of Boogie Woogie, Sir Ray Davies, Dave Gilmore, Dave Stewart, Jools Holland, Chuck Berry, Mick Hucknall, Rod Stewart, Johnny Depp, Amy MacDonald, PJ Harvey, Shakin’ Stevens, Chris Jagger + + +
A big mentio ... n and thank you must go to Charlie Watts, Jools Holland and Chris Jagger who have helped tremendously with Ben’s career!
Ben is currently working with the amazing Ronnie Wood – they released a live album called “Mad Lad” which has won much critical acclaim. The band is so much fun and one of the most enjoyable experiences Waters has ever had.
Ben has played sell-out shows at Sydney Opera House and The Royal Albert Hall, at some of the largest festivals in the world and even played to 200,000 people! He has also played for members of the Royal Family on many occasions.
Ben has composed hundreds of songs and been involved with lots of writing with friends. He has been featured on TV and Radio all over the world, with the album ‘Boogie for Stu” topping the blues charts worldwide!

with over 30 years experience Ben has over 500 tunes to choose from, specialising in rock n roll a la Jerry Lee Lewis, Chuck Berry (who he has toured with) Stones, Beatles, He knows how to work the audience and gets them joining in every time 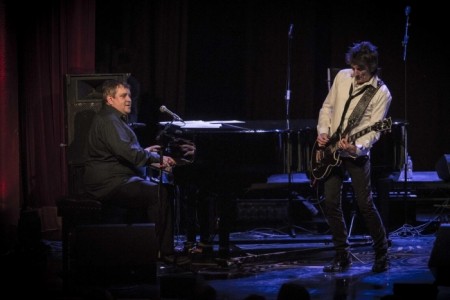 Highlights over the last 30 years include, 2018 Sydney Opera House with his own Band ,2014 Royal Albert Hall with Ronnie Wood, Paul Weller, Bobby Womack and Mick Hucknall,in 2018 Ben's band was joined by old friends Johnny Depp, Jeff Beck, Rod Stewart and Ronnie Wood for a special concert at Ronnie Scotts, 2005 Jools Holland chose Ben as the only possible piano he could have play at his wedding :-), Doing 4 albums with Sir Ray Davies, 1 Album with the Rolling Stones, +++

Jools Holland (his wedding)
Hugh Laurie (his 50th Birthday Party)
Sir Ray Davies (When curating the Meltdown Festival, he chose Ben's band to appear with Madness and the preservation hall Jazz Band and said that these were 3 of his favourite bands)
Credit Suisse (Honk Kong on top of a skyscraper)
Mick Jagger (lots of parties)