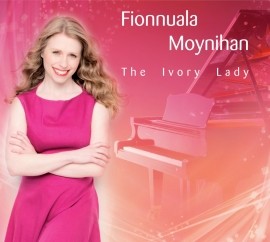 (no reviews)5.0
Country: Ireland
Based In: Ireland, Leinster
Performs: Worldwide
From: Contact

One of Ireland's leading concert pianists, Fionnuala has performed entire series of complete piano sonatas by Mozart, Haydn, Clementi and Schubert. Fionnuala performs regularly with internationally-renowned instrumentalists and singers. She performs in a range of styles: classical, Irish traditional/ celtic as well as popular music. Has recorded music for film as well as released two cds: 'The Ivory Lady' and 'Melodies of Nations'. Enjoys playing solo and also in collaboration with other musicians. Often does her own arrangements for traditional, jazz and popular numbers.

Fionnuala is widely acknowledged as one of Ireland’s leading pianists. She has a particular affinity with the works of both baroque and classical composers. In February 2009 she performed Bach’s Goldberg Variations to critical acclaim in the John Field Room of the National Concert Hall, Dublin and in November 2012 was invited by the prestigious Ardee Baroque Festival to perform both the Goldberg Variations and the Aria Variata in A minor. Fionnuala performed the Complete Piano Sonatas of Mozart in the Hugh Lane Gallery, Dublin, in a series of five recitals which ran from February to June ... 2010. She is the only pianist to have undertaken the formidable challenge of performing this cycle in its entirety in Ireland. In February 2014 she completed another monumental project – to jointly perform ‘The Complete Piano Sonatas of Haydn’, a series of twelve recitals over two years. Dr. Fionnuala Moynihan completed her doctorate in Music Performance at the Royal Irish Academy of Music where she studied with Dr. John O’Conor and Professor Reamonn Keary. She is the first person to be awarded a Doctorate in Music Performance from the Royal Irish Academy of Music and the Dublin City University. Fionnuala began her piano studies at the Cork School of Music where she studied with Eleanor Malone. In 2001 she received her Honours Bachelor of Music degree from the Birmingham Conservatoire where she studied with Irish pianist/composer Philip Martin. She graduated with the Graduate award for pianists and the prestigious Weingarten scholarship enabling her to commence her studies at the Franz Liszt Academy of Music in Budapest. From 2001-2004 Fionnuala studied with Professors Kornél Zempleni and Balazs Szokolay at the Franz Liszt Academy after which she returned to Ireland where she was awarded her Masters of Music degree from the Royal Irish Academy of Music and Dublin City University. Fionnuala also studied at the Paris Conservatoire from 1999-2000 where she studied with Madame Brigitte Engerer and at the Aspen Music Festival and School where she studied with Yoheved Kaplinsky. Fionnuala has been awarded many prizes both at home and abroad including a Bank of Ireland Millenium Scholarship, the prestigious Maura Teissier Bursary and the Rena Menasche Award from the Tel-Hai Piano Masterclass series held in Israel. She was awarded the John Field Prize at the 2009 AXA Dublin International Piano Competition. 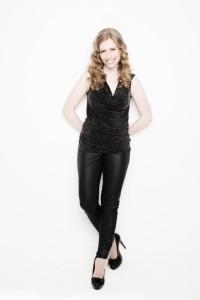 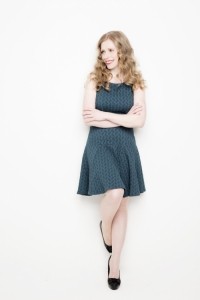 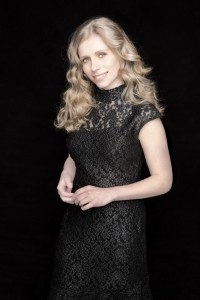 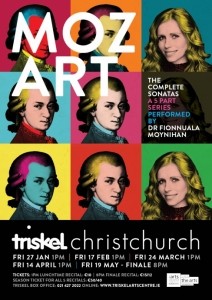 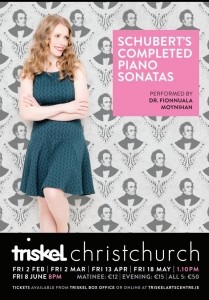 Fionnuala has given solo recitals and concerto performances throughout the UK, France, Holland, Italy, Israel, U.S.A, Slovenia, Croatia, Serbia, Russia, Poland, Japan and Hungary as well as in Irish venues such as the John Field Room at the National Concert Hall, Áras an Uachtarán, Hugh Lane Gallery, Cork Opera House, Bantry House, the Mansion House and the Crawford Art Gallery. Fionnuala was invited by the University of Warsaw and the Irish Embassy in Warsaw in November 2010 to give a recital of works by John Field and a lecture recital exploring the link between Chopin and Field to commem ... orate the bicentenary of the composer’s birth in November 2010. In September 2011 she gave a recital of his works in the Glinka Museum of Musical Culture, Moscow, Russia, a special occasion as it is the city where Field both spent a great deal of his life and is buried. Fionnuala is an active chamber musician and has recently performed with violinists Helena Wood, Mia Cooper, pianist Sara Bryans, sopranos Deirdre Moynihan, Mary O’ Sullivan, Norah King, baritone Gavin Ring, oboist Sanja Romic and Gael Winds wind quintet and the RTE ConTempo Quartet. In July 2014 she gave a Summer concert tour in Japan with five of her brothers and sisters. Their fusion of both the classical and traditional genres has earned them praise both at home and internationally. Her debut CD ’The Ivory Lady’ was launched in January 2015. This CD is a classical-trad fusion CD and showcases Fionnuala’s love for both the classical and traditional music genres. Fionnuala’s third classical series ‘Clementi: The Piano Sonatas’ began on November 23rd at the Hugh Lane Gallery, Dublin and consisted of eight recitals over two years. She was also an artist at the 2015 prestigious ‘Great Music in Irish Houses’ Festival. By kind invitation from the Irish Embassy Fionnuala gave two concerts in Zagreb, Croatia and Ljubljana, Slovenia to celebrate St. Patrick’s Day in March 2016. In April 2016 she recorded a recital of sonatas by Muzio Clementi for The Lyric Concert on RTE Lyric FM Radio. In April 2017 she performed Mozart’s ‘Ch’io mi scordi di te’ for soprano, piano and orchestra with the RTE Concert Orchestra and internationally acclaimed soprano Daniele De Niese.
Fionnuala recently completed her fourth series ‘The Complete Piano Sonatas of Mozart’ in a five-recital series in the Triskel Arts Centre Cork. A resounding success, she has been invited back to give her sixth series “Schubert’s Completed Piano Sonatas” from February 2018. This will be a five-recital series. Between October and December 2017 Fionnuala gave a three-recital series ‘Schubert’s 1827’ in the Siamsa Tire theatre, Tralee. Her latest CD, ‘Melodies of Nations’, was released on the Hedone Label in June 2017.

“Moynihan's love for this genre - she performed the complete Mozart works at the Hugh Lane three years ago - is palpable, and she plays with a lightness of touch and enchanting freshness that captures the rapidly shifting colours of the short works”. -Sunday Business Post, Dick O’ Riordan, 24-11-2-13.
“Her best playing came in the Trio of an unfinished Sonata in D, which she approached in an expressively probing way, almost as if she were playing a chromatic passage in a Fantasia by Mozart”.
– The Irish Times, Michael Dervan,20-11-2013
“I only got through a track or three ... of The Ivory Lady before I knew I would review it…. It will placate and refresh a restless soul. Fionnuala Moynihan’s Ivory Lady is a Top Shelf Selection”.
Irish American News, John O’Brien , Jr. May 2015