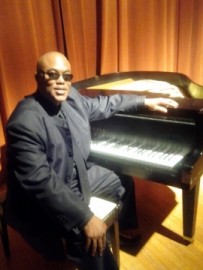 (no reviews)5.0
Country: United States
Based In: Jacksonville, Florida
Performs: Worldwide
From: Contact

I play and sing jazz / r & b / and contemporary favorites

Joe Watts Bio
Joe Watts, born and raised in Jacksonville, Florida career began at the age of 16 being selected as guest Trombone soloist with the Jacksonville Symphony Orchestra under the the direction of Maestro Willis Page. He then studied music at Florida A+M University. He then became musician and assistant arranger at Busch Gardens and later at Walt Disney in Orlando Florida. He then spent over ten years living in Sweden and performing with many European and American artist. His stateside credits include writing and performing with such artist as Diane Schuur, Dr. Lonnie Smith, Nat Ad ... derly, The O'Jays, Longineau Parsons and other American singers and musicians. After moving to Europe there where stints with prominent European artist such as, Jennifer Brown, Robin, Pappa Dee and others. During this time he also gigged with American stars like Mary J. Blige and was musical director for Mary Wilson ( formerly of the Supremes). He credits his influences to artist such as Duke Ellington, Nat king cole, Donny Hathaway and Stevie Wonder and others to numerous to mention. He comments that writing, singing, and playing music has paved the way for him to see the world and explore many different kinds of music and cultures, and it will continue to do so in the future.