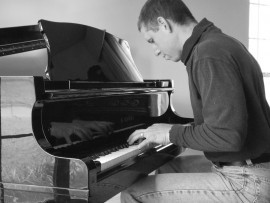 (no reviews)5.0
Country: United States
Based In: Arlington, Texas
Performs: Worldwide
From: $350

Lee Harbaugh is a renowned Pianist and composer of piano, film, band, and orchestral music with over 25 years of professional experience. With three solo piano CDs, his music can be heard on Spotify, Pandora, YouTube, Amazon, iTunes, and many other outlets.
: 817881XXXX Click here to reveal
full number

When contacting this member, please state that you are viewing their Entertainers Worldwide profile.
Request a Quote
Share this Page:
Profile Views: 263
Report this profile

Lee Harbaugh is a classical and jazz trained musician who has performed regularly at various venues in the Dallas/Ft. Worth area for over 25 years, including the Italian Inn, Piccolo Mondo, the Worthington Hotel, the downtown Hilton hotel in Ft. Worth, and the Dallas Arboretum where over 7,000 people visit daily to enjoy nature, food, and music. Lee performs standard jazz tunes, songs from great American songbook, Broadway music, classical, rock and roll, country, as well as original compositions.

Kenneth Lee Harbaugh was born March 31, 1971 in Dallas, Texas. Lee began studying music at the age of 5 when his mother and elementary music teacher taught him to read music and sight-sing. At age 10, Lee began studying the piano. However, like many young children his age, Lee decided to quit piano after a year in order to pursue other interests.
In middle school and high school, Lee became a trombone and euphonium player, making the Texas all-state band on both instruments. After high school, Lee majored in music, studying jazz piano, trombone, and composition at the University of Texas at ... Arlington. Lee became a full time musician teaching music lessons and playing gigs in 1994.
Lee's first published piece of music came in 1995 with "Maranatha", a band piece published through TRN Publishing. It has since been placed on the Texas UIL prescribed music list. Lee has also written and published several other band and orchestral pieces of music.
Lee's first solo piano CD, "elegance", was released in 2004. In the ensuing years, "elegance" has sold nearly 1000 CDs and has been downloaded thousands of times from iTunes, Amazon, and other digital media outlets. "Going Home" was released in 2007 and has also enjoyed great download success. Lee's CD "Reflections" has been very popular on Pandora and Spotify. Lee currently has well over 1 million Pandora spins. His song "I am Where I am" from his "Reflections" release currently receives nearly 10,000 spins per week.
Fans and critics have praised Lee's music as "healing," "soothing," and "moving." Others have declared: "wonderful stylings" and "a massage for the mind."
Lee also performs regulary as a trombonist with the Mansfield Wind Symphony. 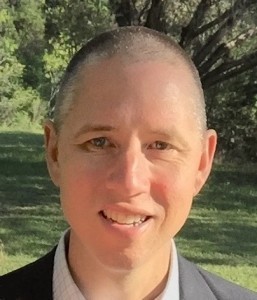 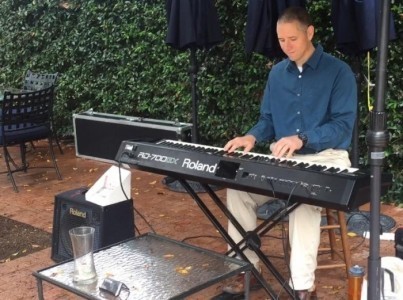 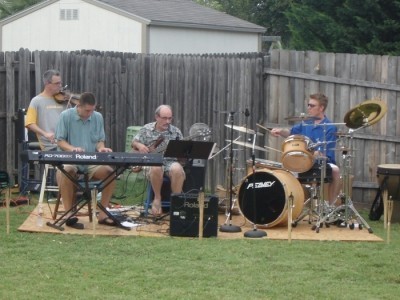