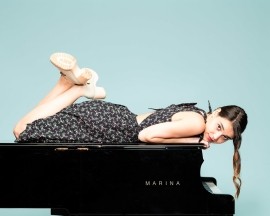 (no reviews)5.0
Country: United States
Based In: Boston, Massachusetts
From: $150

Concert pianist with 19+ years of experience on 4 continents and over 15 countries.
Request a Quote
Share this Page:
Profile Views: 247
Report this profile

Based in Boston, award-winning Bulgarian pianist Marina Simeonova plans exciting concert programs with emphasis on chamber music, 20th-century and contemporary music. Currently a student of Professor Pavel Nersessian's at Boston University, Marina completed her Performance Diploma/Undergraduate degree at the Royal Conservatory- the Glenn Gould School in Toronto with Professor John Perry and David Louie.
Over the past 6 years, classical music has taken Marina to different stages all over the world: Tunisia, Italy, Germany, Canada, the US, Bulgaria and the Netherlands, in halls including Th ... e Acropolis of Carthage, Koerner Hall, Mazzoleni hall, Temerty Theatre, Bulgaria Hall, 98 Sudbury, and the Kröller-Müller Museum among others. Her duo project with American clarinetist Calvin Kim is planning another tour in 2019, after a successful European tour this past summer.
Ms. Simeonova is proud to have commissioned and premiered works by B. Abrashev, Canadian composers Saman Shahi and George Thurgood, and would happily present more works of young or established composers anytime she can.
Born into a family of journalists, Marina Simeonova began playing the piano at the age of six and graduated from the National Music School ‘Lyubomir Pipkov,' Sofia, in the studio of Professor Alexander Vassilenko. Marina studied with Professor Iliya Tchernaev in the National Music Academy in Sofia from 2013-2014, and with Professor John Perry and David Louie in the Royal Conservatory of Music – The Glenn Gould School, from 2014-2018.
As a soloist, she was:
-the 1st prize winner of the 2nd International Competition for Young Pianists in Tunisia and the XVI International Competition ‘Hopes, Talents, Masters';
-the 2nd prize winner of the IX International Competition for French music ‘Albert Russel' and the Fifth Festival de la Musique de Pierre-du Sorel in 2017, as well as
-the 2nd Audience Award winner at the ‘Klaviersommer Cochem' festival in 2013.
An active chamber music performer, Marina has also won:
- 1st Prize at the 2016 Royal Conservatory of Music Chamber Music Competition with the “Tibúron Quintet (of six)";
-1st prize and the Audience Award in the 12th "Florinda Santos" competition in Portugal, as part of a piano duo with Edgar Cardoso, 2014, and
-3rd prize at the 2017 RCM Chamber music competition with “The Eastern Trio”.
-2nd prize at the 2018 RCM Chamber music competition with “The Eastern Trio” (ft. guest-clarinetist Marc Blouin)
In June of 2012, Marina received a diploma for Outstanding Artistic Achievements from the Ministry of Culture of Bulgaria. In 2013, she founded and performed in "Little Summer Concerts", a fundraising festival for young Bulgarian musicians in Plovdiv, Bulgaria. Some of her most recent projects include ‘’High noon – an anthology of Kanye West”, organized by Banded Purple (2018, Toronto), and “Let’s talk about music” - a piano recital to raise awareness of youth struggling with mental illness (2019, Boston).
Marina has also been a soloist of the New Symphony Orchestra, Vratsa Symphony, Orpheus Chamber Orchestra, and others. She gave two solo recitals during the Musica Sem Fronteiras Festival in the cities of Porto and Agueda, Portugal in 2014.
Ms. Simeonova has had the privilege to learn from some of the most famous musicians of our time, such as Leon Fleisher, John O’Connor, Stephen Hough, Robert McDonald, Michel Beroff, Stephen Prutsman, Francine Kay, Alasdair Tait, Colin Carr, Stephen Williamson, the Gryphon trio, Andrez Diaz, Desmond Hoebig, and many others.
Ms. Simeonova was on the jury of the 45th and the 46th edition of the Music Scarborough festival in Toronto. She also made her New York City debut in May of 2017, performing at the Gotham Arts piano salon series.
As part of her dedication to contemporary music performance, Marina premiered works by Saman Shahi, George Thurgood and Alice Hong this past spring, and is expected to record more of Shahi’s works in 2019-20.
Ms. Simeonova was the Music Director of Bethany Baptist church in Toronto from 2015-2017 where she also had a private piano studio.
Marina is currently pursuing a Master’s degree in Boston University, in the studio of Pavel Nersessian’s. She has been invited to be the youngest faculty member at the Beauliere Academy of Music in Saint-Marc, Haiti, in 2019.
To find more information about Ms. Simeonova’s upcoming and past performances, please visit , or Instagram @marinasmusic . 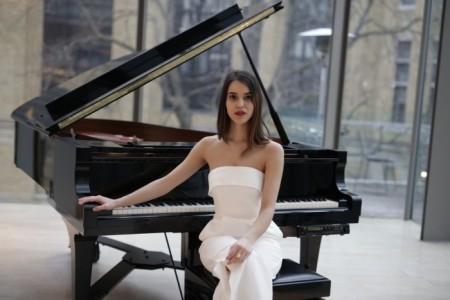 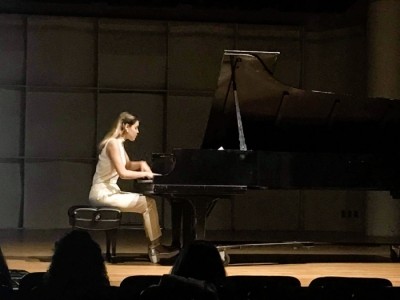 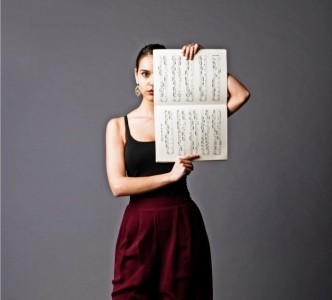