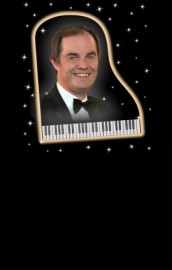 (6 Reviews)5.0
Country: United Kingdom
Based In: Littlehampton, South East
Performs: Worldwide
From: Please contact. Varies between £200 and £1,500 plus expenses, depending upon type of job and location

An internationally acclaimed pianist and organist, specialising in weddings and in entertaining show audiences with his fabulous mix of show, big band, light classical and popular music, Michael has regularly featured on BBC Radio 2 and has played for HRH Prince Charles
: 0774811XXXX Click here to reveal
full number

Michael has many musical talents but most of all is renowned internationally for presenting concerts of spellbinding music linked together by his charming and informative patter, always sending everyone home with a smile on their faces!
He plays piano, keyboards and all types of organs, be they Wurlitzers in a cinema or even the Blackpool Tower Ballroom, church organs, classic Hammond organ or the very latest digital orchestral instruments. For his 'Piano Magic' show, he provides superb orchestral style backing tracks, giving you the sound of a full band with Michael in the lead!
Michae ... l's repertoire is huge and covers more or less every style imaginable. A typical show will include things like the music of Andrew Lloyd-Webber, Glenn Miller and perhaps Buddy Holly, a film theme or two, perhaps some Beatles or Carpenters, all sorts really, and he's always happy to include some requests.
Alongside his solo work, Michael can bring along some of his musical friends to further enhance any event, including singers, top percussionists, instrumentalists, even comedians, magicians and dancers if you are really pushing the boat out! he is equally comfortable playing for a private party in a home or on stage playing solo to 1,500 people!

Michael broadcast playing to five-million listeners on 'Steve Wright In The Afternoon' as a part of the special 2Day celebration and has often been featured BBC Radio 2's 'The Organist Entertains.' He has been honoured to deputise at the controls of the wonderful five-manual Compton theatre organ in the Odeon, Leicester Square, including for a film premiere in the presence of H.R.H. Prince Charles, and thrilled to play piano as featured soloist with the re-formed Mantovani Orchestra for a sell-out concert in Bournemouth’s Pavilion Theatre. He is Resident Organist at the Europe's largest Wu ... rlitzer Theatre Pipe Organ, which is at the East Sussex National near Uckfield.
Michael won two national music awards and has since gone on to regularly give concerts throughout the U.K., regularly makes playing tours of Holland and Switzerland, and has also appeared in Germany and Australia. Playing keyboards with The Los Palmas 6, the leading Madness tribute band, also took him to Ireland and Dubai!
Michael feels extremely privileged to work with many of the stars he grew up admiring on television, including Supersonic Syd Little, Crackerjack and Good Morning Sunday's Don Maclean and, from Ireland, the hilarious Jimmy Cricket and Eurovision Song Contest winner, Dana. He has worked in cabaret with master magician, Paul Daniels and, to a crowd of over 2,000 caravaners and in summer season, with his superbly talented son, Martin Daniels.
A great lover of musical theatre, Michael has played ‘in the pit,’ often working as Musical Director, for countless musicals including Carousel, My Fair Lady, Kismet, Annie, Fiddler on the Roof, It’s A Swing Thing, Guys and Dolls, Glitz, Half a Sixpence, Call Me Madam, Snow White, Bugsy, Oklahoma, Hans Anderson, Annie Get Your Gun, A Christmas Carol, Blitz, The Will Rogers Follies: A Life In Review, Babes in the Wood, Aladdin, The Minstrel Stars, Memories of the Black and White Minstrels, The Boy Friend, The Wireless Years, Variety Startime, We’ll Meet Again, Oliver, As Happy as a Sandbag, A Night At The Musicals, Chess, Wizard of Oz, Palladium Memories, Variety Bandbox, Melodytimes, Cinderella and Hello Dolly. In rehearsal, he has played for Disney’s Beauty and the Beast, The Sound of Music, Jesus Christ Superstar, and for a 40th anniversary production of Lord Andrew Lloyd-Webber and Sir Tim Rice’s very first musical, The Likes Of Us. He has worked as Musical Director and Producer for many summer seasons in Eastbourne, Bournemouth, Hunstanton, and Blackpool, and with his partnership, Merlin Theatre Productions, has supplied Summer and Christmas shows to The West Cliff Theatre, Clacton and tours various productions.
A great lover of swing music, Michael enjoys performing gentle jazz, either solo or with other musicians, and also has a classic Hammond organ trio, The 'Organ'isation, which can enlarge when required to incorporate extra musicians and singers.
Michael also plays for dances, corporate events and private functions, and has worked at many venues as a cocktail pianist, including appearances at London's Savoy Hotel and spending a whole weekend providing around 13 hours of music for a Downton Abbey themed birthday celebration! When not on tour, Michael gives private music lessons, is Principal Tutor to both the Rye Wurlitzer Academy & TPOPS Robertsbridge Academy, and spent three years as Electronic Organ Instructor at the University of Sussex. He also plays the classical organ for church services and weddings.
When required, Michael has a range of singers, musicians and other entertainers he can bring along to give your event an even more special feel. 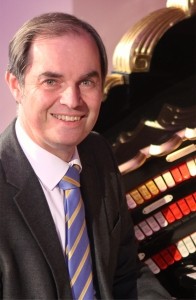 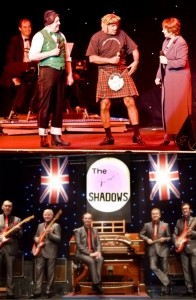 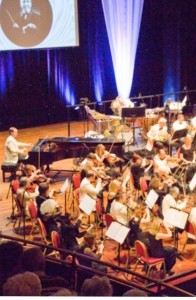 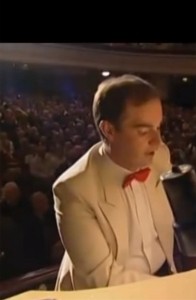 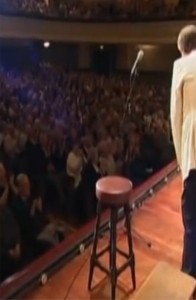 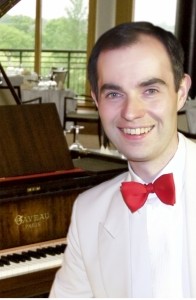 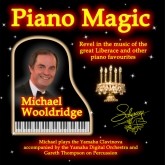 
A selection of popular music featuring Michael at the piano accompanied by digital orchestra and drummer Gareth Thompson. Tracks include A Mexican Fiesta Medley, Moon River, The Beer Barrell Polka, Classical Favourites, Sway, The Genius of Gershwin, Cavatina, Crazy Rhythm and much more!