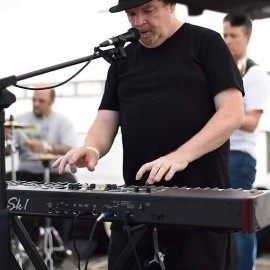 (no reviews)5.0
Country: United Kingdom
Based In: Chesterfield, Midlands
Performs: Worldwide
From: £150

I'm a blues soulful pianoplayer playing a range of covers from Ray Charles,stevie wonder,ottis Reading and modern songs and my own songs.I have a boogie woogie rock and roll style of playing
: 0796407XXXX Click here to reveal
full number

some songs i do
1 pianiman Billy Joel
2 live and let die paul McCartney
3 Georgia Ray Charles
4 Crazy little thing called love Queen
5 lady Madonna the beatles
6 my baby just left me Nina Simone
7 you gotta a friend Carol King
I play a lot of boogie woogie rock and roll piano
many classic blues rock and roll songs such as Jerry Lee Lewis etc....
I also write alot of my own original songs mixed up with cobers so it's a very diverse set
Checkout my website
www.reverbnation.com/tinalien

I've been playing piano and keyboards for over 25 years now mainly in the genres of blues soul and singer songwriter. I've supported Spandau ballet,Ian Dury and the Blockheads.Ive played in piano bars and jazz clubs in New York. 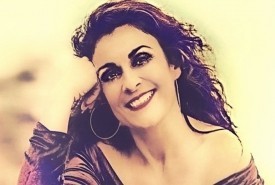