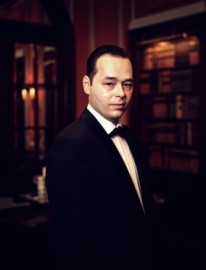 (no reviews)5.0
Country: Slovakia
Based In: Bratislava, Slovakia
Performs: Worldwide
From: Contact

I am professional and experienced Pianist. I have performed mostly like a Cocktail Pianist and also in a Band.
: +42191021XXXX Click here to reveal
full number

When contacting this member, please state that you are viewing their Entertainers Worldwide profile.
Request a Quote
Share this Page:
Profile Views: 401
Report this profile

Viktor Franek DiS.art was born in the capital city of Slovakia, Bratislava in 1989. He comes from a musical family. He started playing the piano, when he was six years old and at that time began his musical journey. His study started at the elementary musical school in Bratislava, where he was led by more pedagogues. During this period he took a part in various music competitions, in which he was successful. In his early childhood, thanks to his grandfather, he gets really close to Jazz recordings from Oscar Peterson, Stan Getz, Lionel Hampton and others, who have markedly influenced his la ... ter musical feelings.
In year 2004 he continues his study of piano on the State Conservatory in Bratislava, under the leadership of the conservatory director, pianist of repute, Mgr.art. Peter Cerman, who had a valuable influence on his career. At the conservatory he studied not only classical music but also jazz. He took a part in more jazz ansambles and teoretical concepts of jazz harmony under the leadership of the guitarist Matus Jakabsic and the pianist Lubos Sramek. After his study, he gains the title DiS. Art, diplomate artist, what allows him to teach piano lessons.
During his study, he starts to perform in cafes and hotels as a bar pianist, where he obtains initial experiences. Later he sojurns and is active in Wienna, where his grandfather is playing in one of the most known hotels in Wienna. During the practice he is visiting different countries, like United Arab Emirates, Czech Repuplic, Switzerland, Germany, Austria, where he performes as Lobby Pianist or a part of music group. He is working on his repertoire, which currently contains more than 400 well known melodies. His active participation in various musical formations helps him to develop various musical styles. He works on the education of classical and jazz mussic continously.
His repertoire consists of Jazz standards, Classical music, Evergreens, Film music, well known musical melodies, Pop music, Wienna music, World music, Operettas, Oldies
​
To one of his strength belongs the ability to adress the audience at different age or nationality. Upon need, he knows how to play the piano sofisticated way and to create non disturbing atmosphere or he is prepared to play more concert pieces, when the audience is willing to.
​ 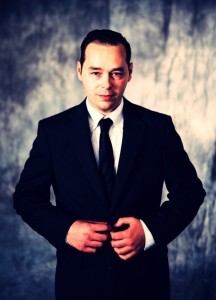 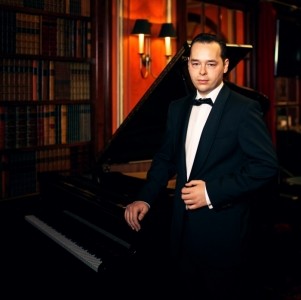