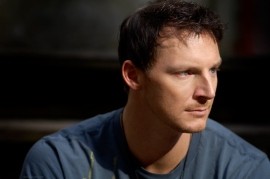 (no reviews)5.0
Country: Canada
Based In: Toronto, Ontario
Performs: Worldwide
From: To be discussed with client

I do live solo guitar/singer shows with popular songs in every genre from the 50s to the present based on gig theme or audience. I also use live looping to create layered backing tracks live on stage. I am known for my versatility and energy!
Request a Quote
Share this Page:
Profile Views: 227
Report this profile

Paul’s songwriting is as diverse as his musicianship, which has seen him perform onstage as either guitarist, drummer, bassist or singer in an almost incomprehensible array of musical scenarios and live performances. Stage and Television performances include Andy Kim, Ron Sexsmith, Barenaked Ladies, Mickey Dolenz, jazz great John Scofield, and 2013 Grammy winner, Marlow Rosado.
Paul’s songwriting exhibits a rare combination of passionate lyrics, groove, and radio-friendly hooks across a diverse range of genres. In addition to being an accomplished live and studio drummer and guitarist, ... Paul’s voice also features a unique combination of baritone resonance and soulful falsetto.
Based out of Toronto, Paul regularly writes and records in Miami with Grammy winning producer/engineer Immanuel Ramirez (Marc Anthony, J Lo, Ricky Martin), and has made it a goal to focus on music writing, publishing, collaboration and developing innovative live performances. Paul was most recently a featured performer at the 2014 Tin Pan North Songwriting Festival in Toronto, and is furthermore coveted as a high energy and very versatile performer who has travelled the world as an entertainer on cruise ships throughout Europe, The Caribbean, and South America.
Never to be held to one genre, Paul has also arranged and written songs for a number of original musicals, including "Waiting For God", performed at Toronto's Panasonic Theatre in 2012.
Paul's EP, Real Life Fiction is available on iTunes and CD, and features the song, "Say You Will" first used in the original musical, Beast in 2010.