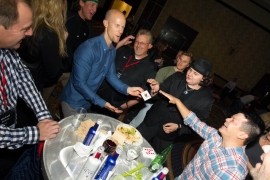 This is an Interactive Comedy show where you will see a variety of entertainment that not only you watch but the whole audience is apart of! Multiple audience members will join me on stage as I perform comedy magic effects, fire eating, juggling, and comedy mentalism.
Request a Quote
Share this Page:
Profile Views: 1315
Report this profile 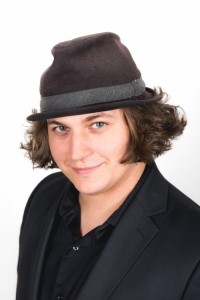 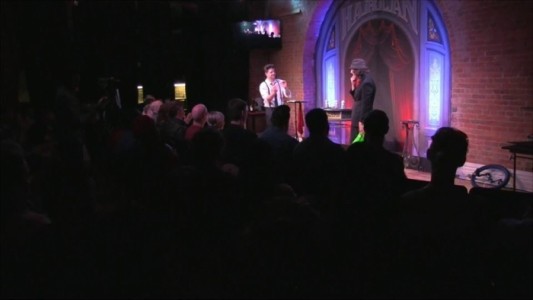 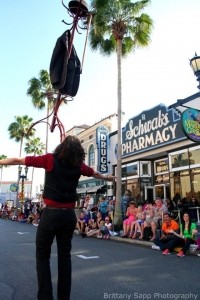 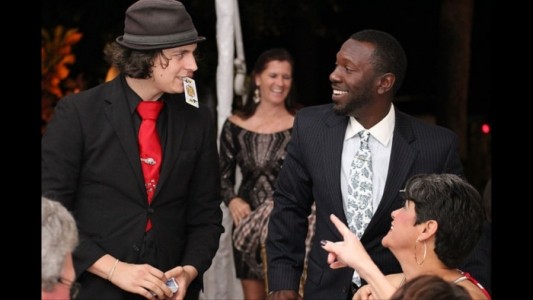 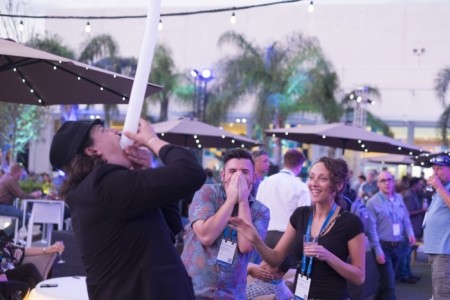 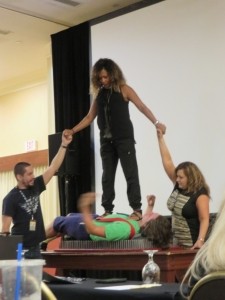 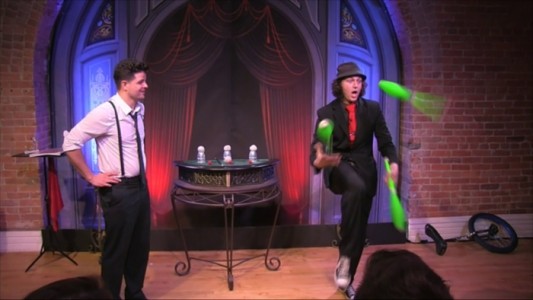 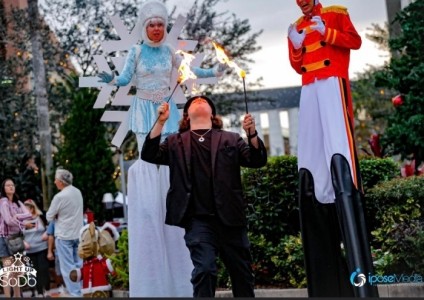 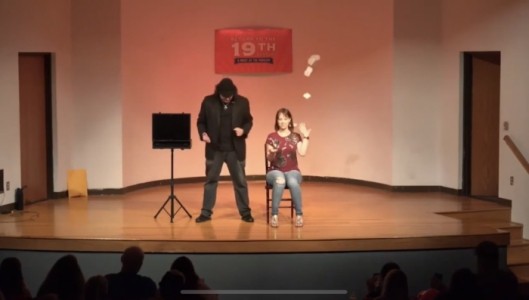 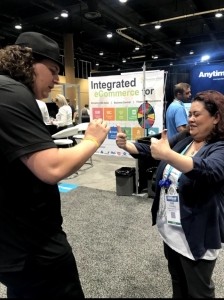 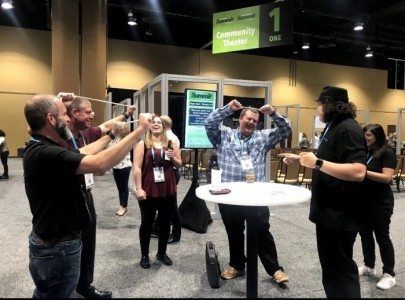 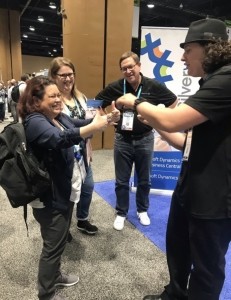 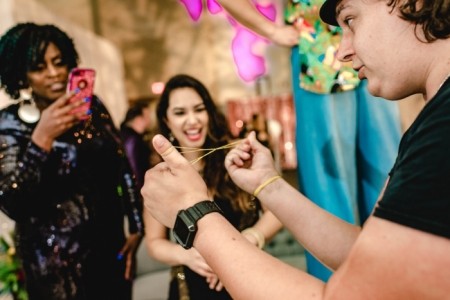 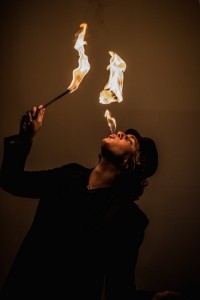 The show is an interactive comedy show involving not only the audience to watch but to engage and demonstrate each effect with the magician.
The first effect of the show get the whole audience to be apart of a comedic experiment that leaves laughing and trying to figure out how they were fooled in front of there face.
The next effect will be a comedy rope routine that will have the audience members to help examine the rope and display it in a way that will leave everyone around them in a rolling laughter while performing rope effects.
Third effect will leave everyone jaw dropped as ... I swallow a 60 inch balloon.
Followed by that there will be an audience member called to the stage and will now be comedic trainee to be a magician and what steps it takes now performing a impossible card prediction that will not only fool them but the whole audience.
Next I will get the entire crowd involved again with a routine that involves all of taking a magicians oath and learning a new trick with me on the the stage but things tend to seem honing wrong but after all the mishaps the magicians reveals that the trick still works
Now that the audience has seen so many different things they are on there toes wondering what can possibly happen next that when I pull and audience on stage and perform and Hilarious book test
To close the show I will perform a small but big comedy fire eating routine

Professional Misfit - Comedy Cabaret Magician - Winter Garden, Florida Event Location: Valdosta GA. Event Type: Private Event 9th June 2019
Matt is awesome!!!! He had our audience in shock and wanting more. We wish we would have hired him to stay longer. He is very professional, funny, talented, and engages the crowd very well. Would definitely hire him again. Top Notch!
Reviewed by: Jennifer T.
Professional Misfit - Comedy Cabaret Magician - Winter Garden, Florida Event Location: Sarasota Garden Club Event Type: Corporate 2nd March 2019
Matt was a great addition to my Wonderland themed Signature Event. He was hired to do strolling magic and he made sure to engage with everyone. Some comments I heard while walking the event included: "Wow, he is really good," "How did he do that," and "I hope he will come back to are future events." As the event coordinator, this type of positive feedback really makes me happy because it helps me gauge how much my guest are enjoying themselves. I recommend hiring Matt at your event, his style would fit many different party/settings. Overall, his personality was engaging and funny, his magic was well done, and his professionalism was on point.
Reviewed by: Stasia V.
Professional Misfit - Comedy Cabaret Magician - Winter Garden, Florida Event Location: Legacy St.Augustine FL. Event Type: Wedding 16th February 2019
Matt was the main act for my wedding, and he did an awesome job! He kept the guest engaged throughout his entire performance, and many of my guests are still talking about how much they loved his performance! Thank you so much for making our day special!
Reviewed by: Rhea J.
Professional Misfit - Comedy Cabaret Magician - Winter Garden, Florida Event Location: Magical Vacation Home Orlando Florida Event Type: Corporate 21st December 2018
We booked Matt for a corporate work party with 30 guests including 7 children. Matt was truly amazing and the highlight of the night. The children loved him and he interacted well with the adults of the group. 2 days later everyone is still speaking about it! :) Matt was professional in communication and the whole process was very easy. I would highly recommend Matt's services to anyone
Reviewed by: Leigh B.
Professional Misfit - Comedy Cabaret Magician - Winter Garden, Florida Event Location: Microsoft Ignite Hilton Orlando FL Event Type: Corporate 7th November 2018
Matt performed at my company's cocktail party and was quite the hit! He's a young, gracious, professional that made my guests feel comfortable, involved and quite bewildered with his strolling magic throughout the evening. People were still talking the next morning since I heard several "how did he do that" comments during our breakfast buffet the next day! He performed a number of different tricks while strolling around. My only regret is that I didn't hire him for a stage show too. Next time I guess I'll know better!
Reviewed by: Marina C.
Professional Misfit - Comedy Cabaret Magician - Winter Garden, Florida Event Location: Oceania Cruise lines Caribbean Islands Event Type: Cruise Line, Corporate, Private 20th February 2017
We have hired Matt Durham for multiple events with our company that have ranged from intimate corporate events all the way to cruise ship events. Our clients have raved about his performance he’s professional, funny, engaging, and all around entertaining! We love working with Matt Durham and would highly recommend his service for any of your upcoming events. Looking forward having Matt back soon!
Reviewed by: David S.

Matt Durham was originally from Cherry Hill, New Jersey and currently resides in Orlando Florida where he is now one of the hardest working magicians in America.
He's been a full time performer for the last ten years. He was a headlining magician at Universal Studios Orlando, Microsoft, Oceania Cruise Lines, Carnival Cruise Lines, and also at the Great Magic Hall. Hailed as the “Professional Misfit” Matt is blessed with the gift to gab, along with an onslaught of magical feats and outlandish stunts.
And when he comes to your next event , you will get to see the madness that has ... made him a mainstay in the biggest tourist trap in America. Expect an array of magic, juggling, stunts, and just plain old crazy. There is no way to know with this guy!