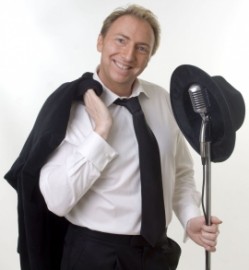 Joe Swing is a first-class Rat Pack tribute act with a lot of charm and personality offering a unique act, performing all the big hits of the Rat Pack with the occasional touch of humour and spellbinding magic!
Request a Quote
Share this Page:
Report this profile