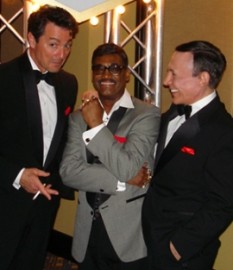 This acclaimed tribute show is a production of music, comedy and on-stage interaction designed to bring back the magic that energized Las Vegas in the 1960's and is experiencing a revival today, 50 years later. Included are the solos, duets, group numbers, some song parodies and plenty of laughs, both planned and spontaneous. Sometimes, the Rat Pack tribute also includes a tribute to the Rat Pack's sex symbol Marilyn Monroe.