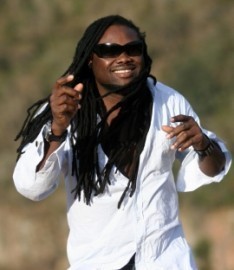 Paulino YQ is an Afro Pop Reggae Dance Hall Artist with a four (4) piece band and a DJ. from slow win,lovers rock to the jump up style
Request a Quote
Share this Page:
Profile Views: 223
Report this profile

Innocent Dumnodi Ehigiator,AKA ,Paulino YQ is an international multiinstrumental classical world/reggae dance hall recording artist born in Abudu Edo state of Nigeria and moved to South Africa in the early 90’s.
Having worked with artistes from Africa, America, Europe and Asia, he is always authentic and grounded with the people and seek always to uplift their spirit through the gift he has been given; music.
This shows his life from house parties to the street.
Distinguished amongst the world reggae dancehall artist, Because of his vocal ability, lyrics, sound and style the fans has po ... pularly described Paulino YQ as the ultimate reggae dancehall artist of the 21st century.
Paulino YQ has released albums of which a track, Shake It on Me, in his 2009 album entitled My Personal Secretary earned him a nomination at the Channel O music video award 2009
and also won the best Reggae/RB song of the month of May 2016 in Akademia Music Award
Due to his small frame and boisterous sense of humour, his classmates nicknamed him YQ - meaning Young and Quizzical.
Inspired by nothing but nature and day to day activities,
Paulino YQ is a Dancehall artist who aims to spread messages of truth, righteousness, love and laughter through his music.
Like most artists he struggled to get his music released and his breakthrough came in 2006
when he finally released his debut album titled The Court of Love. Since then he has managed to share with the world more of his works
Paulino YQ performs with his 4 piece band and a DJ’.
As it’s often said, you cannot tell a man who has true potential and vision by what he says or write: Now that you are here, check out his live performance, music videos and support his innovative work by inviting
Paulino YQ to your events

Paulino YQ
He was born Innocent Dumnodi Ehigiator to a family of five (5)brothers and three (3) sisters in a small village called Abudu, Edo – State in Nigeria. He attended school in the village he lived in and started his singing career at a very young age
, singing in class rooms and many people became aware of his talent throughout the years. Due to his small frame and boisterous sense of humor, his classmates nicknamed him YQ - meaning Young and Quizzical.
This is Paulino YQ, The Afro Pop reggae dancehall Artist, happy with Africa and the rest of the world, putting music into the h ... ierarchy of importance by sending truth, righteousness, love and laughter to everyone who is ready to receive his powerful, inspiring message.
It’s been his dream as a teenager to make friendship with the world and he knew that the friendship could only be possible through his music and he chose to travel across borders so his beautiful music can be heard and inspire people from different countries and cultures.
.In the mid 90’s, Paulino YQ landed in South Africa at a very tender age and hooked up with Deon Maas who first showed friendship and faith in his musical career after listening to him sing...
His inspiration, he said is from nobody but nature and what he sees and feel in his daily activities...
Paulino YQ is totally committed to Music with a strong influence of afro beat and it is his toasting style in the music Scene in Africa that saw him become known as The Dancehall Emperor. “Dance hall Emperor “was a single track which he did in 1997. Along hits such as
“Tic-Tac and Hail Rasta man”, “Rejected and Hold” and, “Buttshegone (Butt she’s gone)”. His happiest moment of his career was in 1992 when he recorded his first ever track ‘Work Together’ with Salvatore Caputo in Lugarno Switzerland. It was his first time to be in the
studio and sang to the microphone. He followed this work up in 1994 when he recorded more songs including “Tea without Sugar”. However, none of this material has ever been released not until recently.
Like most artists he struggled to get his music released and his breakthrough came in 2006 when he finally released his debut album titled The Court of Love. Which he recorded in 2004/2005, working with musicians like Eugenius Alcupoem, Ian Osrin, and Collin Peddie. Khanyo Maphumulo,
Mpho, Patrick Mokhobo, Juan Thyme, Sandy B, Joel Klein and Galvan Eckhart. The album was released under Paulino’s own record label (Eclipse Recx Entertainment) ERENT
The success of “The Court of Love has given Paulino YQ strength and confident to releasing his previously unreleased album; Africa Unite’ and; Issue Of The Heart’ this two previously unreleased albums were recorded in the early and late nineties .Despite success in most corners of Africa,
Paulino YQ is still bubbling under the musical scene in South Africa .and his repertoire and albums have demonstrated that he is an artist to watch out for
.My Personal Secretary is his last album He said that he has never spent so much time in the studio in his entire career like he did while recording “My Personal Secretary.” I can’t understand why it became more difficult and took me months to complete. but at the end, it was an album worth
taking time to do and I guess whoever hears it will know that there was a lot of work put in to it to really make it an album”.Eugeninius Alcapoem, Neal Snyman, Solomon Willy, Siyabonga Duma, Mfundo, Nomonde Nxumalo, Shiela Mkhize, Nompumelelo Mhlongo are the musicians he worked with in this album; My Personal Secretary.
BACK AGAIN BIOGRAPHY
It's been seven good years since Paulino YQ haven't been heard of, It's been the most hectic years for him though, ever since his last song (Julie with ID Cabasa who was his Producer) back in the days. But he has now come up with a very slick tune of Afro Pop Dancehall track title "Back Again",
Back Again was produced by Mustard the beat maker
Welcome to my world.
‘My Music is my happiness, Music is my life, there is nothing like making a living out of what makes one happy, that is pure pleasure, when it comes to music’, anything is possible. Says Paulino YQ. “I need the African style and feeling in my music," Paulino continues, “I believe music can and must teach the youths and unite the World.
“Hold tight for The joy of music is in Paulino YQ, it’s all about love and laughter
Paulino YQ (Afro Pop Reggae Dancehall artist)
For bookings ,contact: + 27-83 754 1285
Eclipse Recx Entertainment
www.paulinoyq.net
info@paulinoyq.net