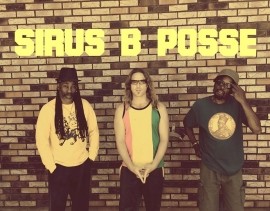 (no reviews)5.0
Country: United States
Based In: Nevada, California
Performs: Worldwide
From: Negotiable

Sirus B Posse consists of Sirus B-Singer & Guitar player, Juno Ronde-Bass, Kenny Porter- Drums, Mike Love, and Joe Bressler on Keys. Together their decades of experience spans continents with some of Reggae & other genre's most famous artists and bands.
Request a Quote
Share this Page:
Report this profile

SIRUS B POSSE BIO
Sirus B Posse consists of Sirus B-Singer & Guitar player, Juno Ronde-Bass, Kenny Porter- Drums, Mike Love, and Joe Bressler on Keys. Together their decades of experience spans continents with some of Reggae & other genre's most famous artists and bands.
Sirus B has lived & performed in California & Hawaii, as well as traveling throughout Central America frequently.
He has opened for/collaborated with/Toured/Recorded with LUTAN FYAH AND RAS ATTITUDE featuring Sirus B on rhythm, lead and bass backed by The Royal Youth Band (One Drop Productions). Sirus has opened for: WAR, ... THE TWINKLE BROTHERS, MIKEY DREAD, BIBLICAL, ABJA, LAMBS BREAD, TRIBAL SEEDS , .,MARTY DREAD, JAH CASA, ROOTICAL FOUNDATION, JUS GOODIE, WUBAKIA, JAI FREEDOM, BEAT MINER, PAPA LESLIE, TEOMON, DAVINO, ,DION, A DUB ROCK BAND, FANTUZZI, 5 FINGERS OF FUNK, IRIS, PLANETARY PULSE, MJ, TODD JOHNSTON, DJ KIDD, and many more.
Juno Ronde hails from Suriname, & has played and performed with many legends. Reggae He recently toured & played with The Itals, Sister Carol, Glen Washington, Yami Bolo & Army at venues & Reggae Festivals throughout the U.S.
As proof of his musical versatility, he has also recorded & played with Willy Nelson & Pete Segeer.
His 1st musical experience in the U.S. was jamming with Bobby Keys, saxophone player from the Rolling Stones, at Woody's on the Beach, a club owned by Rolling Stone's guitarist Ron Wood. He also had the opportunity to jam with Tito Puente during a tribute to legendary bassist Jaco Pastorius. In 1990, Guno relocated to Texas to join the well-known reggae band The Killer Bees. He wrote, recorded & performed with The Killer Bees throughout the U.S. and Europe for over 10 years. After the Killer Bees, he played & toured with other Austin based bands such as Ragga Massive and Papa Mali. In 2003, Guno auditioned for Patrick Leonard, producer & songwriter for Madonna, Pink Floyd, Elton John & many other big named acts. Guno was chosen and moved to Los Angeles to work with Mr. Leonard. Guno plays many styles of music, including funk. He has played with Bernie Worrellfrom Parliament Funkadelic/Talking Heads, Leo Nocentelli from The Meters, Cyril Neville from the Neville Brothers & Papa Mali. Most recently he has played with The legendary Itals, Army, & Danny I.
Kenny (Ken Porter) has played and or toured with: Horace Andy, The Mighty Diamonds, Charlie Chaplin, Josie Wales,Cutty Ranks, Al Brown, Lone Ranger, Tristan Palmer, Carl Livingston, Barrington Levy, Big Youth, The Itals, and Sister Carol.
Their first recording together is the upcoming (2016) Sirus B Posse album, “Dub Creation” singles to be released soon.
For booking information please email sirusbposse@gmail.com 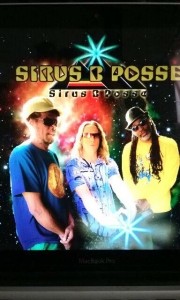 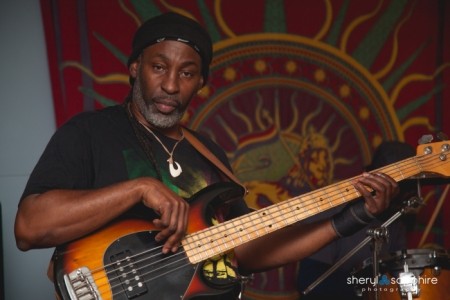 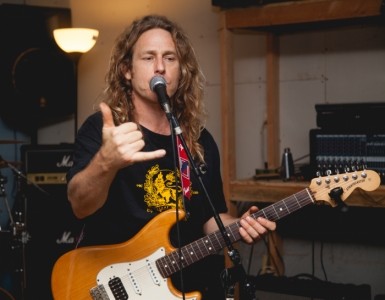 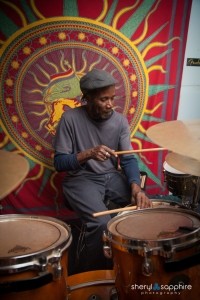 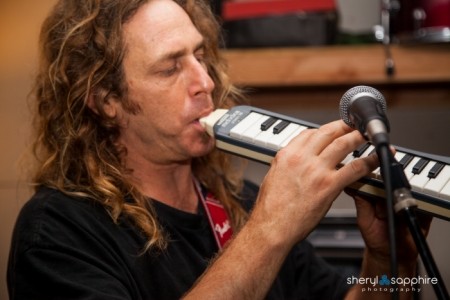