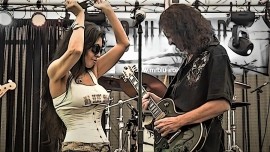 When contacting this member, please state that you are viewing their Entertainers Worldwide profile.
Request a Quote
Share this Page:
Profile Views: 1352
Report this profile

MBR Mr Blue Roads is a lifer in Music. Mr Blue Roads Toured with the Giants and Kings. He founded
"Blue Roads" in 2012 growing up on pure Country, learning Rock on guitar that took him to Blues.
"Hard Times" was his 1st Founded Band. Performing as the late night House Band on a Variety Host
show five nights a week for three years airing on Cable TV grew him much success and public attention.
His Career forwarded to George Jones, a Nashville Legendary King of Country Music. The wheels were set
in motion.
Mr Blue Roads Toured multi years learning and living life with a Country ... King. Working on the
Bradley Barnes Sessions cd and George Jones with Tammy Wynette on their last cd titled "ONE".
He has CD credits and music awards with the Jones organization. Georges Passing in 2013 was a
great loss for Country Music and felt deeply by Mr Blue Roads.
Mr Blue Roads kept a second band "RED HOUSE" touring Blues and Hard Rock. The band was on
fire and still is performing today.
Blue Roads band thrives on Touring the USA. Writing songs of real-life. MBR was told as a young
man by his father " The woods are full of them" referring to his son going into the music industry.
Mr Blue Roads feels "The Best Music comes from the bottom up". He travels the Blue Roads playing
hard core, Raw to the Bone. This band bends as well to styles of British Invasion, Funk & and Party
band style show.
A Dynamic Lefty Guitar showman, tall in stature with a southern charm. Mr Blue Roads is a
"Home Grown Atlanta Music Icon" displaying what the rich south has to offer in Country, Outlaw,
Rock, and Southern feel Blues. Atlanta along with all of the South is giving a New Sound Fusion
with a touch of 70's still in the flavor.
Blue Roads Tours America with a great band of pro's living and loving & sharing music.
www.mrblueroads.com 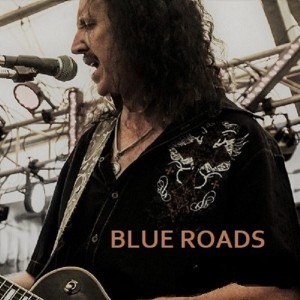 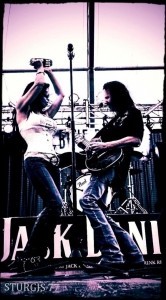 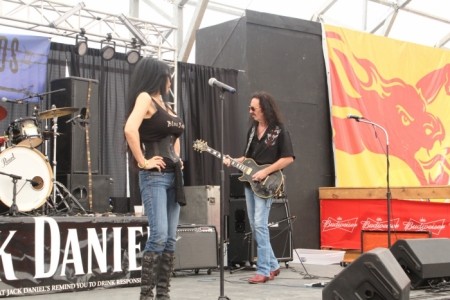 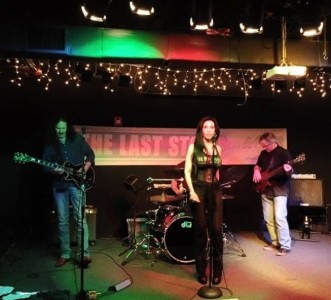 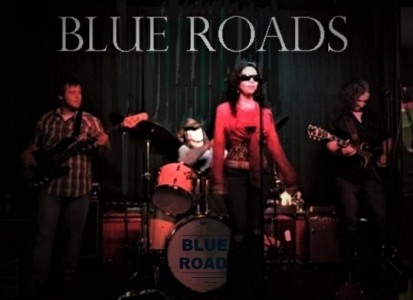 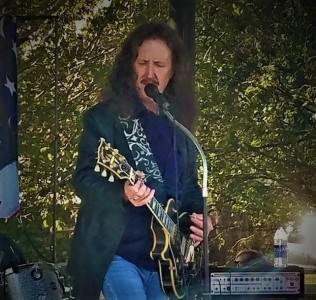 Mr Blue Roads is a Lifer in the Music Business. His first band "Hard Times" was the Head Line band on a Late Night Variety show five nights a week for three years. George Jones hired MBR to tour with a Country King nearly a decade.
He holds Music Awards and CD Credits with the Jones Organization and session with Multi Nashville Greats plus Rocker Giants. MBR also Toured with Clarence Carter, a Blues Giant. The Website hold most all the names of his associations.
Blue Roads performs at Corporate and Casino events. Mr Blue Roads has been to multitudes in his years as well as Music ... Venues, Festivals, Fair Grounds and Rally's. He has performed on Television and his music is heard on FM & Internet radio stations. He performs at Private Parties and Special Events. People are always amazed at his Guitar Licks and his showmanship. He delivers a great time, dynamic show and memorable fun.

Mr Blue Roads has appeared in the movie "Lotto" and various music interviews / documentaries while touring with the Jones Organization and adds.

Guitar lessons available. Being a Lefty guitar player makes lessons easier for the majority of right handed players. Your lessons will be mirrored for faster learning and ease. Multi Genre and versatile,