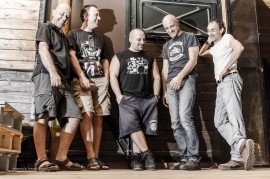 A powerful Hard Rock and Blues music, for all the people out there who like the Classic Rock sound of the '70s and '80s.
Packed with songs from our debut album "Matter Of Time" and our second album (recording now), mixed with world- wide renown cover songs, one thing is certain: YOU will be singing with us! YOU will be clapping your hands and YOU will be sweating BIG TIME!
Ready to Rock'n'Roll?

The band was formed in 1989 by Jim,John and Nick.
Till 1994 when disbanded, we had many live gigs around Greece and collaborated with musicians such as John Drolapas, Dimitris Polytimos, Kyriakos Darivas e.t.c.
We won the first prize in a national TV show as band of the year.
From 1994 the band members followed different musical directions.
In 2013 we decided to reunite and record our first album with new members Denis (bass)and Tony (drums, later replaced by Dimitris).
The album is entitled "Matter Of Time" and was recorded at SPR Studios in Athens, Greece with sound engineer and ... co-producer Sofoklis Papas.
MEMBERS:
John Goudoulas - vocals
Jim Karahontzitis - guitars, vocals
Nick Agathos - guitars, vocals
Denis Kaskouras - bass, vocals
Dimitris Skouras - drums 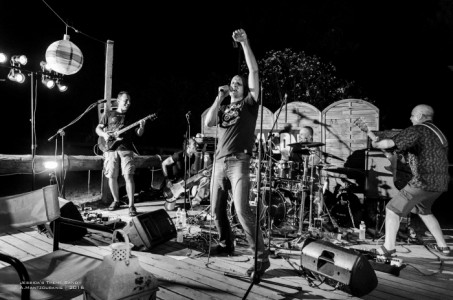 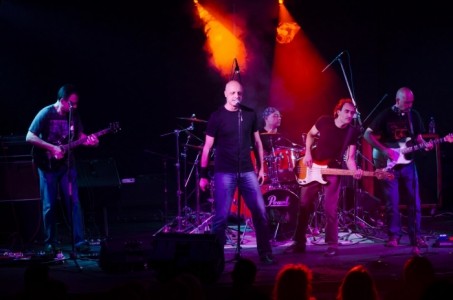 Jessica's Theme Band - Rock Band - Greece, Greece Event Location: Athens, Greece Event Type: Live gig 24th September 2016
It was one hell of show! Their musical performance, the lights, the show, everything was so powerful!! The guys were absolutely fantastic and me and my friends were singing all the time. Definitely we're going on their next show!!
Reviewed by: Mary Roome

Played in hundreds of live events and gigs all over Greece, won the first prize in a national TV show as "Band Of The Year" we are looking forward for gigs and shows all over the World.