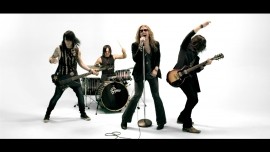 (no reviews)5.0
Country: United States
Based In: Los Angeles, California
Performs: Worldwide
From: $1000

When contacting this member, please state that you are viewing their Entertainers Worldwide profile.
Request a Quote
Share this Page:
Profile Views: 875
Report this profile

Ryan Hudson – Lead vocals
Domo Domaracki – Guitars
Justin Emord – bass
Clark Skelton - Drums
Love and a .38 is a rock band and they’re truly very sorry about that. But the thing is… they have no other choice. Four guys from different parts of the country, who’s varied and shared experiences, triumphs and failures have brought them all to Los Angeles with that same conclusion. In their short existence they have been tirelessly D.I.Y. in all aspects of their career. Through social media, creativity, and lots of elbow grease they have amassed a worldwide following nearly unprec ... edented for an unsigned, unrepresented, independent band. Not concerned with hyphens and sub genres they have taken an “It’s all rock and roll to me” approach to their career, leaving things all up to chance.  And coming out on top thus far.
Since forming in 2009 the band has done their fair share of touring, traveling throughout the southwest and up and down the west coast of the United States.  “As tough as it is to do as an independent band, It’s always a thrill to pile in a van with nothing but rock n roll and open road,” says frontman Ryan Hudson. “The money is tight, sometimes worse than tight… but the memories and experiences are absolutely priceless.”
With the release of their self-titled debut Ep in 2010 and a string of singles in 2012-13, the band has established a solid fanbase, not only in Southern California but across the globe, receiving accolades from as far away as The U.K. and The Netherlands.
2016 sees Love and a .38 unleashing Nomads upon an unsuspecting public.  As with many sophomore efforts the band has built upon their foundation and delivered a superior product. Self-produced and recorded at their own Blushing Cad Studios in Los Angeles over the summer and fall of 2015, the quartet have proven that left to their own devices, they’re more than capable of taking matters into their own hands in every respect. "Being completely self-contained has really allowed us to focus our sound and our creative vision in ways that might not have been possible otherwise. And we feel like fans really recognize and respect the fact that we're willing to work for our art. No matter what it takes."
On Nomads, Love and a .38 deliver ten powerful tracks that would be equally at home in a small club or an arena stage.  Album opener, “Oh My God” started out as a call to arms. “It was a call to arms for ourselves, actually. We were at a bit of a crossroads as a band, musically, and were trying to reconcile what we had started out as with where we were headed. We knew we wanted to experiment with some different sounds and vibes, but didn’t want to lose sight of the unfiltered rock-n-roll attitude that had defined us to that point. So it became a violent collision of our old stuff and our new stuff, and really gave a lot of direction for where we wanted to take the record.” 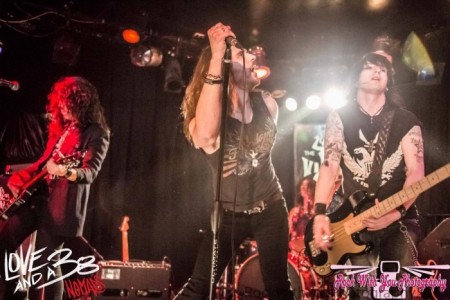 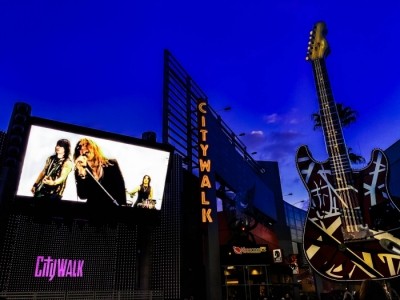 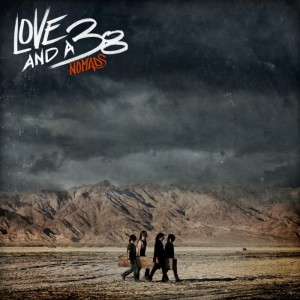