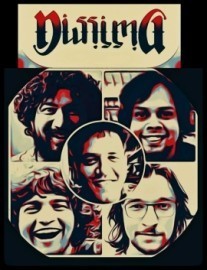 Nissima literally means 'no limits'. So in the case of a band being named Nissima, it means their music has no limits in terms of genres, languages or musical styles.
Request a Quote
Share this Page:
Report this profile

Nissima literally means 'no limits'. So in the case of a band being named Nissima, it means their music has no limits in terms of genres, languages or musical styles. Nissima is an eclectic group of musicians. The youngest member of the group, Akash Nandrekar is primarily a blues and rock 'n roll guitarist. Heavily influenced by Van Halen, his licks and solos can be matched in speed only by his impeccable note selection. Next comes the prodigal sarod player Abhishek Borkar who has been learning classical music since the age of 4. His knowledge of music and his intelligence are very much audibl ... e in his playing. Keshav Iyengar is a bass player with a fantastic raag based twist to his playing. While never leaving the groove, all the stuff he does on the bass practically makes the rhythm guitarist redundant! Drummer Saket Rao, who is heavily influenced by the likes of Jojo Mayer, comes up with grooves and rhythm patterns that go hand in glove with vocal melodies. Harshad Sathe is the primary songwriter of the group. A producer and sound engineer by profession, Harshad has influences ranging from Devin Townsend to Ghulam Ali, as is evident from his songwriting and guitar riffs. So, if you want to have a musical roller coaster ride, Nissima's your band!

Request a Quote
Share this Page:
Click here to view all of our Rock Bands on Entertainers Worldwide
Browse all Entertainment Hire options!