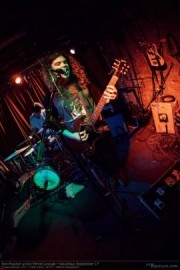 (no reviews)5.0
Country: United States
Based In: Virginia
Performs: Worldwide
From: $300

We are a psychedelic rock duo of the future that swims deep in tone and groove, influenced by 60's and 70's era rock legends such as The Beatles, Led Zeppelin and Black Sabbath, coupled with inspirations from today's greats like Jack White and Tame Impala.
: 850591XXXX Click here to reveal
full number