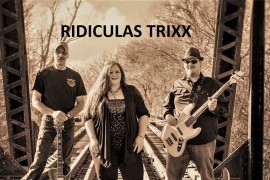 1
(no reviews)5.0
Country: United States
Based In: Oswego, Kansas
Performs: Worldwide
From: $

RIDICULAS TRIXX is gauranteed to RRAAWWKK the crowd and leave them begging for more with Ronneca Lynns' powerhouse vocals, Kellys' exciting guitar licks, and Joshs' super Exciting skills on the drums. Not to mention , both Kelly and Josh change instruments in the act, giving everyone an even more Explosive and RRAAWWKKin flavor to the show. If you love the 80's rock music , then you will love RIDICULAS TRIXX with a fresh new twist to their sound. And lets not forget , if you love Ann Wilson, Stevie Nicks, Courtney Love, and Janis Joplin- you will fall in love with Ronneca Lynns' vocals. Truly ... a surprise package with RIDICULAS TRIXX

Don't let our Rock fool you
our set list varies upon the booking
We have over 40 original songs of rock, alternative, blues, southern rock, pop, country rock- something for everyone to enjoy

RIDICULAS TRIXX is an all original rock band from Oswego, KS
With their powerhouse lead singer Ronneca Lynn, they give you HARD RRAAWWKKIIN with a metal attitude, hardcore vocals deep to the bone sending chills to your very soul! RIDICULAS TRIXX with an alternative/rock flavor, sounding like HEART and HALESTORM with whispers of EVANESCENCE and grit of JANIS JOPLIN in a Tsunami. RIDICULAS TRIXX is gauranteed to RRAAWWKK and leave everyone begging for more!
Band members are : RONNECA LYNN, KELLY BLISS, ZACH NUSE
You'll want to GETCHA SOME!!!
BMI MEMBER
BEST ROCK EP THE AKADEMIA AWARD M ... ARCH 2017 RIDICULAS TRIXX SOUTH BOUND EP
Nominated for Best Rock Band and Best Song of the Year "Soldiers" for the 2017 Josie Music Awards in Nashville,TN Sept 2017
BOOKING: CONTACT - RONNECA (620) 429-0068
Endorsed by : Zemaiting Guitar
Sponsored by : Snyder Automotive
RIDICULAS TRIXX has been performing for the past three years and is building a fan base all over the United States/UK/and Abroad! They have been featured in Dat Wave Magazine, and a well known/popular magazine in the UK- STENCIL MAGAZINE. Their music can be heard on internet and FM radio stations all over the United States and they are also airing on Wigan FM and WRFN 102.5 in the UK! Ridiculas Trixx was also featured in Midwest Mayhem Promotion as quoted by writer , Anna McDougal, "Ronneca’s bluesy, sultry old school rock voice draws you in with a touch of grit. Musically it ebbs and flows between different genres for each song, fitting amidst the lyrics like a glove.
RIDICULAS TRIXX was also featured in E-Magazine and on the Discovery Series with Ryan Reedy and has been interviewed on many radio stations such as : MVR Military Veterans Radio, ITNS Radio, The DJ Dani Show, The Paul Mash Show , and many more. RIDICULAS TRIXX music has been in Top 10 , Top 25, Top 100 song charts on Museboat Radio, SRPW Radio, The Best of Paul Mac Show and many more to name a few.
You never know what they are coming up with next, as they are constantly pushing genre boundaries to new heights, improving, with every song and show, they keep you definately wanting more!
RIDICULAS TRIXX first CD/Album release and tour will be coming in 2017 with a 10 song and bonus single! They eventually want to do a tour in the UK, as they have created quite the fanbase there. Many more things is sure to come from this band, and they are limitless as to what they come up with next. You definately want to keep up to date with RIDICULAS TRIXX , as they plan to RRAAWWKK your world! 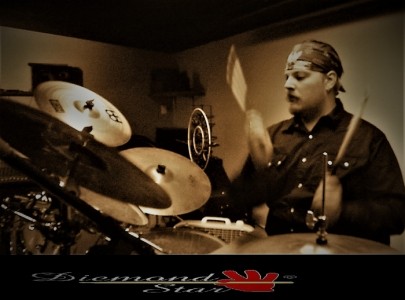 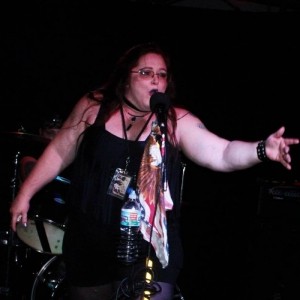 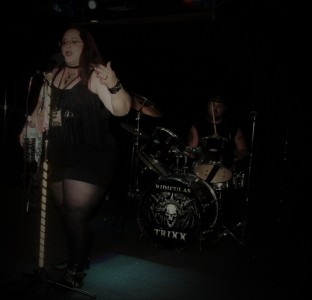 Always have a Great and Exciting show, The crowd is pumped and dancing and we always keep them RRAAWWKKin , wanting more!