Dan's show is made up of the Classic Rock Songs that make up the tapestry, and fabric of our Lives. Performing songs like "Dust in the Wind" by the group Kansas, "Going to California" by Led Zeppelin, or “Shooting Star" by Bad Company.
: 615-587-XXXX Click here to reveal
full number

When contacting this member, please state that you are viewing their Entertainers Worldwide profile.
Request a Quote
Share this Page:
Profile Views: 217
Report this profile

Dan Shafer is a Classic Rock Vocalist from Season 11 of the NBC Television Show, "The Voice". Dan has sung on some of the most iconic National Television Commercials of all time to include, "Transformers" (Robots in Disguise), Aliens 3 (The Motion Picture), BC Powder, Matchbox (Lightning Key Cars), and so many more.
Dan's show is made up of the Classic Rock Songs that make up the tapestry, and fabric of our Lives. Performing songs like "Dust in the Wind" by the group Kansas, "Going to California" by Led Zeppelin, or “Shooting Star" by Bad Company. Because the music comes first, and Dan ... Shafer will always be a fan, the audience will find themselves singing along, escaping life for a moment, going back to a simpler time, and one of the greatest periods of Rock and Roll Music.
Dan Shafer, has earned the respect of his peers, and has shared the stage with Dolly Parton, Artimus Pyle of Lynyrd Skynryd, Carmine Appice of Vanilla Fudge and so many more. Some quotes "You are the best male singer to come along in a while!" - Kent Wells (Producer, Dolly Parton), “57 year old Dan Shafer traveled across the country to Los Angeles to appear on the Voice. After years of singing jingles, Dan stepped out on the stage and blew me away with Trains “Marry Me”. His cover gave me chills and he sounded better than some of the male Artists on top 40 radio” - Jakes Takes, Hollywood Insider, “I’m so happy for Dan. He is an image of hope for everyone, to never give up on your dreams, never ever, ever!!!” - Miley Cyrus. 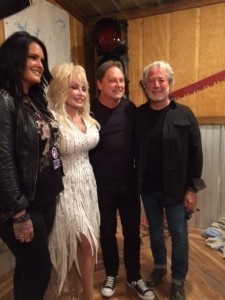 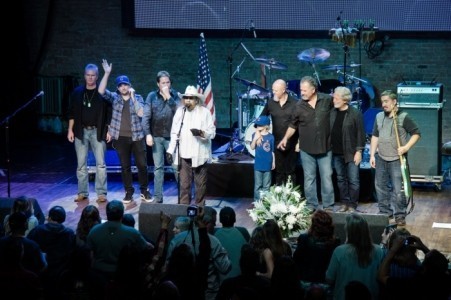 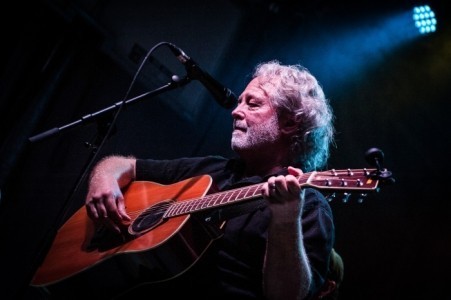 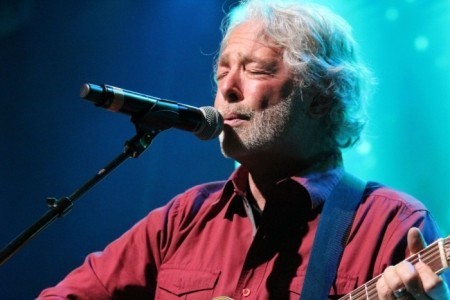 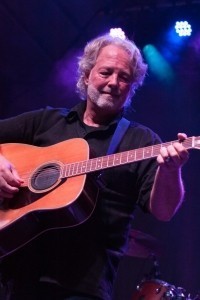 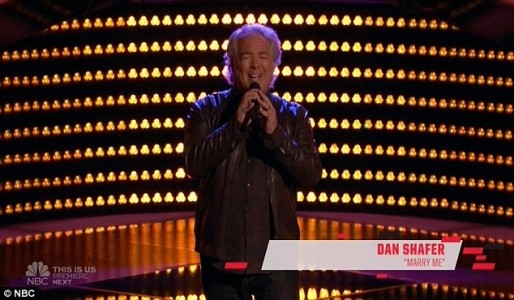 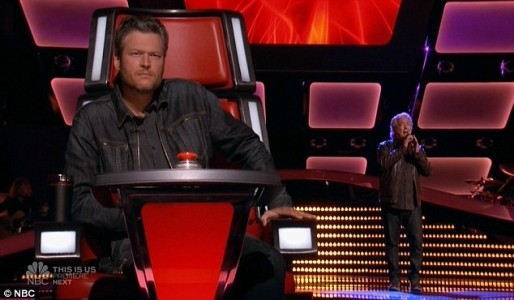 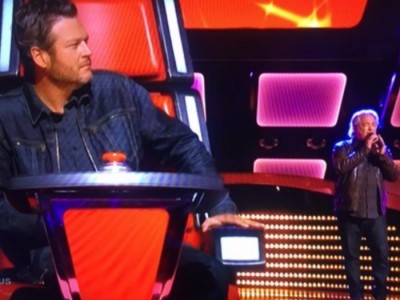 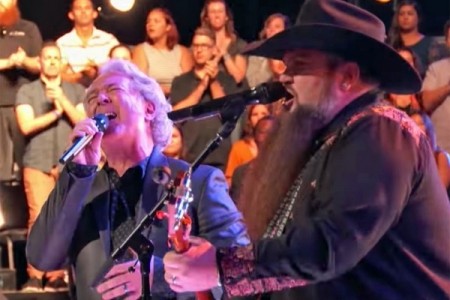 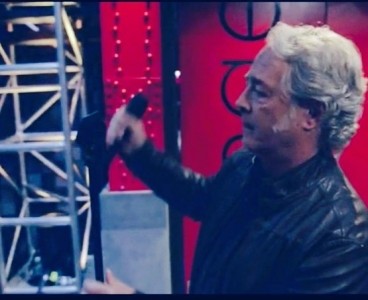 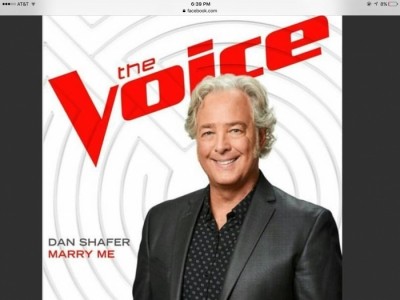 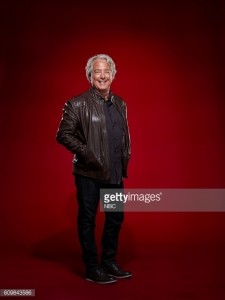 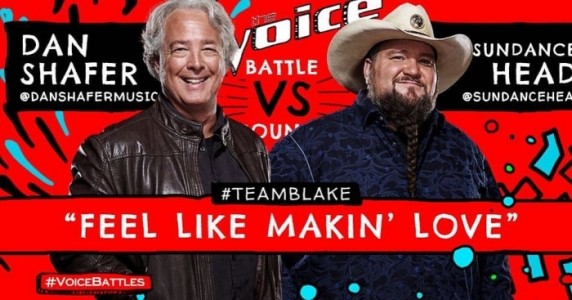 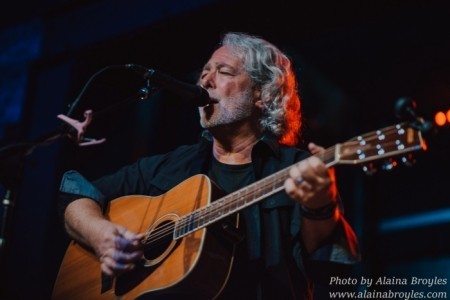 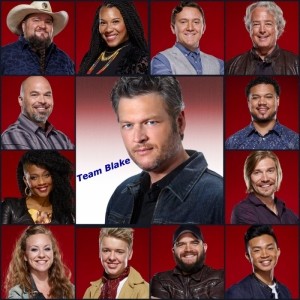 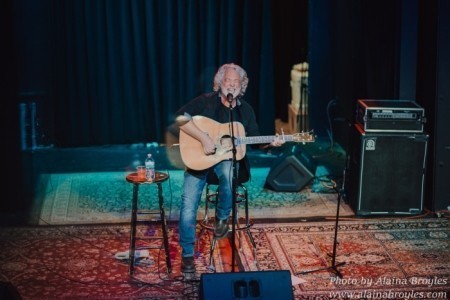 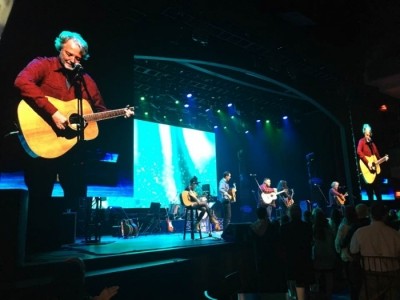 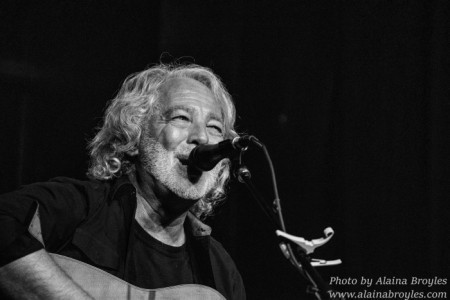 As lead vocalist for Mercenary on Portrait Records, he worked with Rusty D’Addio of Ronnie James Dio and Richie Blackmore. In the ‘80s he was lead vocalist for the group Orphan on Polygram Records and singer/songwriter with the group Face the Music, working with Jerry Love at Paramount/Famous Music.
Produced, Arranged and Executed Solo & Back ground Vocals; Artimus Pyle of Lynyrd Skynyrd, Amy Grant, Michael W Smith, Eli, John Berry/Capitol Nashville, Trini Triggs/Curb, Byron Gallimore (producer Tim McGraw and many others), Chuck Howard/Curb Rec (LeAnn Rimes, Billie Dean), Willie Nelson, ... Merle Haggard, Trick Pony, hundreds of other projects
Produced the group ‘Salt’ and the album ‘Satisfied’. The single "Get Back" went to #13 on the R&R charts Dec 2001, while the single "Satisfied" made it to #20.
In the ‘90s he sang the vocals for National Television Commercials; Seagram Wine Cooler for HB&B, Transformers (Robots in Disguise), Space Marines from Aliens III, and hundreds of television/radio commercials including Revlon, Pizza Hut, Tetley Tea, AT&T, Matchbox, and BC Powder. Additionally, he was the voice for number of voice over’s at SEM&M in New York City.
‘96 brought an exciting turn when he relocated to Nashville, Tennessee to produce for Chuck Howard, Byron Gallimore, Stuart Harris, and John Berry. He continued as a vocalist working with Bucket Colwell of Bad Company, Public Witness and on a host of jingles for Coors Lite and BC Powder.
Lead Vocalist with; Carmine Appice (Vanilla Fudge, Ozzie, Rod Stewart), Vinnie Appice (Ronnie James Dio, Black Sabbath), Bucket Colwell (Bad Company), Public Witness, and several others
Currently Dan is writing with, and has written with, Kim Trible, Bill Cuomo ("Oh Sherrie" for Steve Perry), Beeb Birtles (Little River Band), Rachel Williams, Brian Williams, Bill & Will Champlin (Sons Of Champlin, the group Chicago), Joie Scott, Hilary Williams, Gary Hannan (Tequila Makes Her Clothes Fall Off, Back When I Knew It All), Hollie Jett, Fidel Fernandez, J.R. Brown, Michael Tait (DC Talk), Brett Cartwright (Foghat), Jane Bach, Andrea Pearson, Elishia Hoffman, Memarie, Bonnie Swayze, Minnie Murphy, Trini Triggs, Lance Miller, Tommy Barns, Tony Stampley, Lisa Shaffer, Trenna Barnes, Stacy Widelitz ("She's Like The Wind" for Dirty Dancing), Ashley Bowers, and more.
He has also started Rock & Load Music Group, Inc., a company born from the desire to partner celebrity-status music professionals to help educate and mentor emerging artists, musicians, engineers, producers and songwriters while helping to preserve the future of Rock & Roll music through the Rock & Load U, The Rock & Load Show.
Additionally, he has taken his creative talents outside the world of music and into the world of marketing and technology as he brought to life Vie Drive, a concept to partner digital data with a USB, creating an application that brings new revenue streams to any business while offering a revolutionary marketing deliverable.

Celebrity QUOTES
• "You are the best male singer to come along in a while!" -Kent Wells (Producer, Dolly Parton)
• “You know Dan, you sounded so young to me. Like a 19, 20, 21 year old Vocalist. You are what I love about the Voice. This guy’s got an amazing voice, I’m so glad I hit my button!!” — Blake Shelton
• “57 year old Dan Shafer travel across the country to Los Angeles to appear on the Voice. After years of singing jingles, Dan stepped out on the stage and blew me away with Trains “Marry Me”.

The Voice Season 11 Blind Audition over 2.4 million so far
https://www.youtube.com/watch?v=0aSc2PwYP1A
The Voice Season 11 Battle Round over 1.8 million https://www.youtube.com/watch?v=qk7XKrIHYNU
The Voice Blind Audition Full Episode with Back Story/ "Image of Hope"
https://www.facebook.com/brian.snyder.921025/videos/10154609857733203/?hc_ref=PAGES_TIMELINE
Dan Shafer Solo EPK (Solo/unplugged)
https://youtu.be/vcp_2co-mv0
Hippie Radio performance with Paul Warren (from Rod Stewart) *duo
https://www.facebook.com/290560117665518/videos/740121976042661/
New EPK With the Clas ... sic AllStars (Bios at end)
https://www.youtube.com/watch?v=p--YxU0MLxQ
Interview with Devon & Nan WSM Radio/Performance of Leaving Virginia
https://www.facebook.com/DanShaferVoice/videos/10154783289332433/
Lyla performance on WSM Radio
https://www.facebook.com/DanShaferVoice/videos/10154853839672433/
Leaving Virginia performance on WSMV/Today Nashville Show
https://www.facebook.com/DanShaferVoice/videos/10154829780592433/
Dust In The Wind on Hippie Radio/94.5 Nashville
https://www.facebook.com/DanShaferVoice/videos/10154829750617433/
WBIR Interview/ A delayed dream
http://www.wbir.com/news/local/tn-contestant-on-the-voice-chasing-a-delayed-dream/328711003
WBIR Copy & video
http://www.wbir.com/news/local/tennessee-singer-captivates-voice-judges-with-youthful-singing-courage/322304337
The Tennessean
http://www.tennessean.com/story/news/local/wilson/mt-juliet/2016/09/22/mt-juliets-dan-shafer-oldest-contestant-voice/90835778/
Reality TV
http://www.realitytvworld.com/news/dan-shafer-talks-being-oldest-contestant-on-the-voice-age-doesnt-matter-but-if-anything-i-have-an-advantage-20657.php
Jakes Take Quote from Hollywood Insider
"56-year-old Dan Shafer traveled across the country to Los Angeles to appear on The Voice. After years of writing jingles and working in the soft drink industry, Dan stepped out on the stage and blew me away with Train’s “Marry Me.” His cover gave me the chills, and he sounded 100 times better than some of the male artists on the Top 40 radio. Dan instantly became a member of Team Blake when Adam, Alicia, and Miley failed to recognize his talen
Bus to Bus
http://www.business2community.com/entertainment/dan-shafer-wins-blake-shelton-marry-voice-01660888#hTUl8YEf8FgTuPzA.97
Zeibiz Miley Quote/ "Image of Hope"
http://www.zeibiz.com/2016/09/dan-shafer-sings-marry-voice-11-blind-auditions/
Idol Chatter
http://idolchatteryd.com/meet-dan-shafer-of-the-voice-season-11/