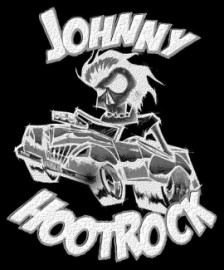 (no reviews)5.0
Country: United States
Based In: Austin, Texas
Performs: Worldwide
From: Contact

We are a Texas-based 3-piece psycho garage-a-billy band that perform throughout the US southwest, and beyond. The sound is dirty, fast, but most of all, it ROCKS!
: 512694XXXX Click here to reveal
full number

"Finally a must-see concert for us who like psychobilly. And it was a sold out hall.
Johnny Hootrock are a trio from Austin, Texas. Fronted by Clem Hoot who emigrated from Haugesund to Austin in the late 80's. The trio says that their music is Psycho-Garage-a-Billy seasoned with Texas Beat Farming Hellbilly Mexicana, country and surf, and we agree.
Rarely have Mandal...correction...Mandal has never been visited by such a dedicated, even ironic and fantastic live band.
I think they hit most present Mandalitter right in the root of the heart. After the concert, people were surprised how go ... od the psychobilly genre can be and everyone was very pleased with the concert....Johnny Hootrock have to be experienced live. The studio album does not justify what they do live. However, the album is great and if you are a psychobilly fan, the album will stand tall in your collection, but live, these guys are golden. Thanks to their self-irony and interaction with the audience and the raw sound. And that they give absolutely everything they have when performing.
Hopefully, Mandalittene will get yet another opportunity to experience the band in December. We simply can't wait, there is no doubt about that. If you want a mood booster that lasts well into the next week, the feeling that the party lasts for a few days without the need of sleep, then take a look at JOHNNY HOOTROCK." 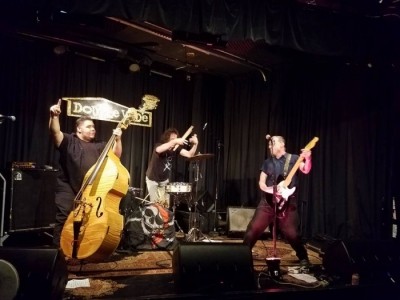 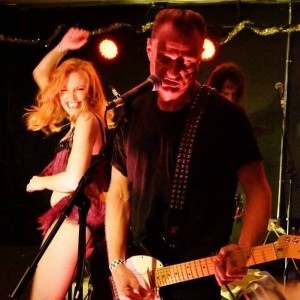