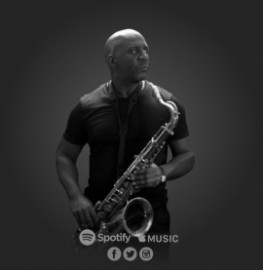 (1 Review)5.0
Country: United Kingdom
Based In: London, London
Performs: Worldwide
From: £250 per show / per set

I am a recent graduate from Middlesex University London, having gained a BA Hons Jazz Degree (Grade 2.1) and my main instruments are Tenor, Alto and Soprano Saxophones along with Flute and piano. I have great communication skills and teaching method that gives the
: 0779975XXXX Click here to reveal
full number

All jazz standards from bebop to soul , rand b music , pop etc

David toured with the award winning ‘Blue Note’ records group ‘US3’. He played and remains to play on the International and London Jazz circuits, alongside people such as:
Bobby Watson, Jools Holland, Bheki Mesleku, Ralph Moore, Jerry Bergonzi, Jean Toussaint, Kenny Garrett and Tony Kofi.
Although David is part of the Jazz purist society he has always been available for hire as a session musician and worked with artists such as Amy Winehouse, Beverly Knight and Jess Glynn who performed at the 2015 EMA Awards.
David played at many internatonal Jazz festivals including the Montreu ... x Jazz festival in Switzerland. He composed and performed music for the BBC (Ant and Dec) and ITV commercial television stations. Currently working on the award
winning popular TV drama series ‘Peaky Blinders’, as a memberof the Live Jazz Band on set (Series 2 and 3).

David Angol - Saxophonist - London, London Event Location: London Event Type: Jazz concert the vortex London
Dave Angol and I have become good friends over the years. We have shared musical ideas and we have played together in London at the Vortex. He has his own sound with echoes of many of my favourite players. Give him a listen. — Jerry Bergonzi http://www.jerrybergonzi.com/
Reviewed by: Jerry Bergonzi