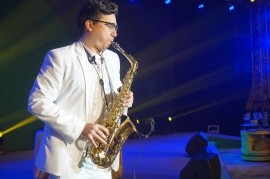 Paulo Franco is a Pop & Smooth Jazz Saxophonist and multi instrumentalist musician with a large stage experience on any type of events worldwide. Based in Dubai. --> www.francojazz.com --> @pfrancosax
: +97154428XXXX Click here to reveal
full number

Paulo Franco can perform solo with high quality backing tracks for your welcome show or your main stage show.
Paulo Franco can join your current band or bring a band or form a duo, can perform as solist with the band or simply as an accompaniment musician.

Paulo Franco was born in Rio de Janeiro in 1982. He started to study Afro-Brazilian percussion when he was 10 and later extended his interest in dances and other cultural expressions which are of the same style as Afro-Brazilian percussion. At the age of his 14, he was encouraged by "MPB" (Música Popular Brasileira - Brazilian Popular Music) and began to grow his passion in studying "Violão" (Classical Guitar by Brazilian popular style), Cavaco, as well as key instruments and became an auto-didactic. During his college years, he won the second best song prize in the "Festival da Canção do ... Brasil" competition, a Brazilian Music Festival competition, in 1997 with his original Samba song "Por Isso Sou Feliz" and also got the Prize of Best Arrangement in the following year..
Apart from Music and Dance (specially Ballroom Dances), communication was also of great importance in Paulo Franco's life. In the year 2000, he got an opportunity to make his way in the fantastic world of Radio as a production assistant in a radio station named "Rede Paulus Sat", a Radio Net at Pernambuco State (Brazil), where he not only performed in the shows and events, also gave some workshops related to cultures. Due to the great effort he spent in the work, Paulo Franco got the abilities in a very short time and soon was competent enough to produce the radio program “Alvaro de Aguiar” at the “Radio Olinda Pernambuco on his own, which increased the audience rate by 6 points from 3 to 9 in a not so digital era.
After that, Paulo Franco went back to Rio de Janeiro. He Joined Maestro Tranca on spectacles at “Bar do Tom” and then became part of the Plataforma’s main casting, one of the biggest thematic show halls in Latin America. Before long he was invited by the Luxembourgish director Armand Pizzirrulli to his production called “Star Brazil International Show” in which Paulo Franco worked as a dancer, musician and also a co-director. He decided the artistic directions and created dancing parts in Ballroom Dances like Samba de Gafieira, Zouk, Forró, Lambada, Merengue etc, as well as made various fantasy hats which matched the spectacles.
Besides, Paulo Franco produced and hosted the program “Studio Livre” (Free Studio) which consisted of a variety of interviews and news at the Radio Fluminense Juventude FM in the Rio de Janeiro State from Monday to Friday and produced the Program “Juventude com Axé”, a program with cultural and informative content, on Saturday.
Paulo Franco Created the “Gafieira Brasil Show Cia” and produced various spectacles and shows of which mainly were about Latin and Brazilian cultures, such as the “Brazil Expression” in 2006 and some seasons in Europe.
Paulo Franco worked on music and dance in many different countries. In Bolivia, he produced spectacles and brought the Brazilian Carnival to TV channels; In Turkey, he was an entertainment coordinator in a company which was and still is one of the market leaders in West Asia; In South Korea, he worked as a coordinator and producer (including music and choreography) of the Latin and Brazilian Seasons in the famous theme park LotteWorld Adventure.
From 2012 to 2018, Paulo Franco was running and directing his entertainment company which was also an artistic producing company/agency, the Franco International Entertainment Media LTD. CO. in Shenzhen City, China. He also acted as an independent musician, producer as well as planner who frequently coorperated with important and big brands like Ferrari, BMW, Tencent, Mercedes-Benz and so on in different kinds of occasions such as top weddings, fairs, fashion shows e.c.t.
Since October of 2018, Paulo Franco has been in Portugal (Oporto) and acting all over Europe as a solo musician or event coordinator in various types of events: weddings, fairs, concerts, products launchings, aniversaries, corporative events, receptions, touristic events ,musical productions, clubs and so on. Paulo Franco has a mission to make dreams to come true.
Paulo Franco created "Franco Mouthpieces", the first Portuguese professional Sax Mouthpiece's brand which is made in Portugal. The mouthpieces are made from metal and are able to compete with the best brands of the market nowadays. 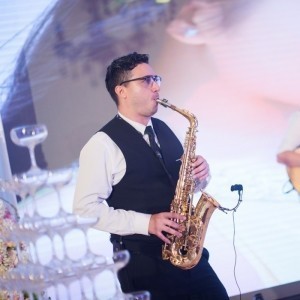 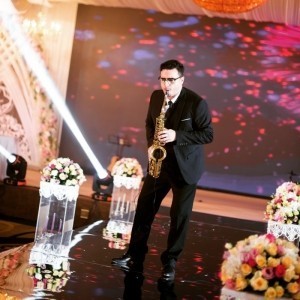 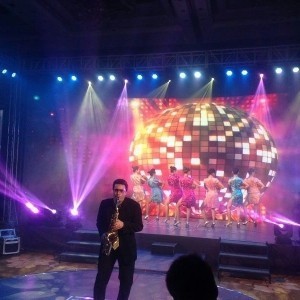 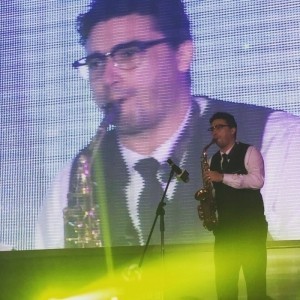 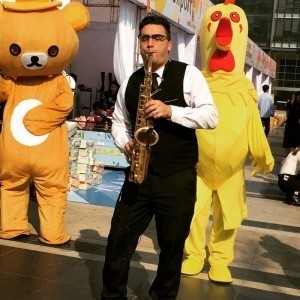 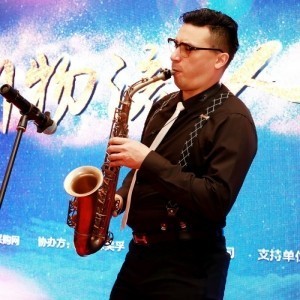 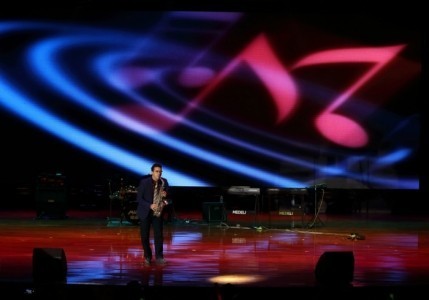 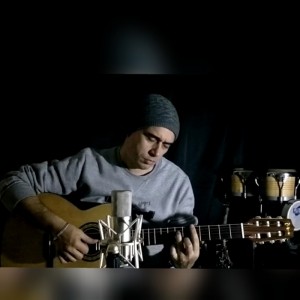 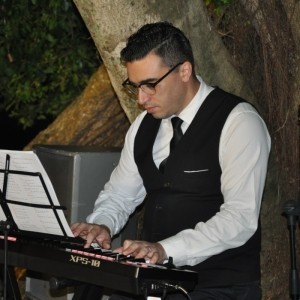 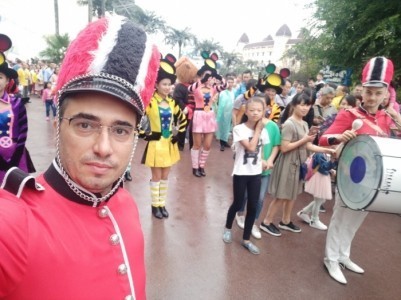 You can learn or improve your playing by Skype, Zoom, or another way.

You lear or improve your playing on Iberian / Brazilian Guitar (bossa nova, samba, and other styles)

You can have a saxophone solo on your song.