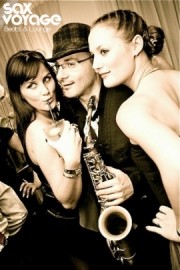 (no reviews)5.0
Country: Colombia
Based In: Bogota, Colombia
Performs: Worldwide
From: Contact

Major label “Universal Music” artist Gianni Bardaro is an internationally acclaimed Italian saxophonist who, with his pervasive energy and haunting sax voice, has elated from jazz to dance audiences far and wide in hundreds of parties and classy events.
Request a Quote
Share this Page:
Profile Views: 135
Report this profile

Gianni Bardaro is an internationally acclaimed Italian saxophonist, composer, producer and a certified sound therapist, author of 6 jazz albums. He has signed the latest two for the major label “Verve/Universal”, both albums were published under the jazz label “Emarcy” (once Mercury Records): “Unfolding Routes” was recorded in Copenhagen DK and “Soul Blueprint” was recorded in New York, featuring Multi-Grammy Award Randy Brecker and renown Colombian percussionist Samuel Torres. Italian magazine JAZZIT awarded both albums, respectively in 2012 and 2013, as among the best recordi ... ngs of the year. Recognized by the international jazz press as a creative and original composer, as well as a unique haunting tone saxophonist, Gianni is also indefatigable, sharing his knowledge about the healing property of sound giving concerts and workshops in many different countries with his project “Intentional Sounds”. On February 26 2016, the Universal Music will publish latest Gianni’s work titled “NEXT STOP” under the legendary jazz label VERVE RECORDS.
Gianni’s history is as varied as it is distinguished. Born in Italy to a drummer-playing father, Gianni’s musical skills were nurtured and naturally encouraged from an early age. Already at the age of 11, he began playing in local bar bands and in a traditional Italian “banda”. By then, Gianni discovered the Be-Bop language listening to a vinyl of Charlie Parker and Dizzie Gillespie and Jazz became an irreversible love accompanying his journey in music. Those are also the years approaching music composition, where Gianni creates and shapes the first melodies and experiments with chord progressions and simple polyphonic lines. At 15, he began studies of classical saxophone at the Conservatorium of Music in Latina where he played with the Conservatorium Jazz Big Band, as well as with various jazz, R&B and soul bands. At the same time he deepened the study of jazz with his saxophone teacher Mauro Zazzarini. The Conservatorium would grant him two scholarships for artistic merits and five years later he graduates with best honors. He also studied jazz composition and improvisation with Americans Bob Mover and Agostino Di Giorgio. While attending numerous seminars and workshops by the likes of “Accademia Romana di Jazz” with Fabrizio Sferra, Danilo Rea, Giovanni Tommaso and Maurizio Gianmarco, he participates at the International Seminars Arts Academy Istituzione Sinfonica di Roma. There, at the age of 18, he plays with the Plovdiv Philharmonic Orchestra in a concert for and with one of the most influential Italian composers of the twentieth century, Goffredo Petrassi.
In 1992, Gianni started his first jazz quartet as a leader, the Railway Station Jazz followed by the Afro Jazz Quartet with which he won the International Jazz Competition “Baronissi Jazz”, participating in the New Talent Category. Two years later he earned a 2nd place award for his performance with the Orchestra Jazz a Majella (JAM) in the Professional Category. In 1999 he enrolled at the Conservatorium of Music “S. Pietro a Majella” of Naples, to perfect the studies of Jazz Composition, Big Band Arrangement and Jazz Improvisation. Gianni graduates in Jazz Music 3 years later with top honors. 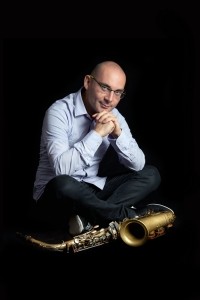 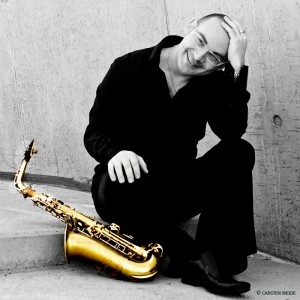 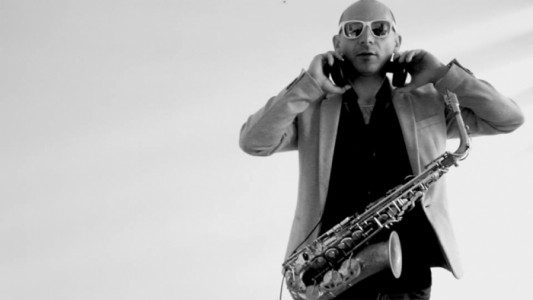 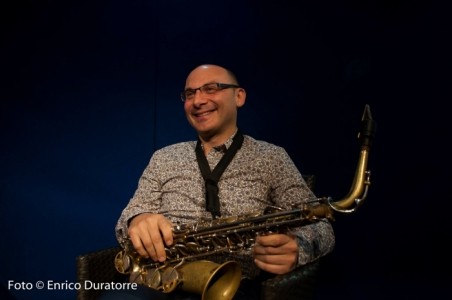