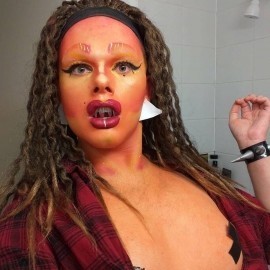 (no reviews)5.0
Country: United Kingdom
Based In: Basingstoke, South East
Performs: Nationwide
From: Dependant on what type of performance (£)

Miss Drag UK Finalist who promotes alternative drag! Fairly new to the drag scene however I have already achieved so much! Performed in York and soon to perform in Liverpool! I specialise in singing and acting however am happy to lip sync/dance on command!
: 0798112XXXX Click here to reveal
full number

A fun, bubbly, alternative queen who brings a modern approach to drag!
I am high energy, and will always give 110%!
"There's always room for bubbles, darling ;)"
Miss Drag UK Finalist 2019 (Top 10)
Competed in Dragtastic (Barpop- Manchester)
Soon to Compete in Drag Idol International and Drag Idol
Performed in York (with Haus of Dench) and soon to perform in Liverpool on the 18th of April.
Musical theatre Grade 6 and Grade 8- Distinction

Current Songs-
*Creep- acoustic version by Brian Justin Crum
*Sweet Transvestite- from the Rocky Horror Show
*Toxic- acoustic version by Melanie Martinez
*Queens Speech 3 (modified)- by Lady Leshurr
*We don't have to take our clothes off- acoustic version by Ella Eyre
*Alive- by Sia
Requested songs can be put forward and I will try my best :)
Lip Syncs-
*Shut up and Drive- by Rhianna
*IDGAF- by Dua Lipa
*New Rules- by Dua Lipa
*Freak of the Week
*Sun of a gun- by Oh Land
*Pity Party- by Melanie Martinez
and many more!
Once again requested songs can be put forward :).
... Between songs and/or lip syncs I will promise to keep the energy in the room up using my 'wit' and 'charm'. 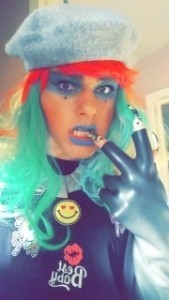 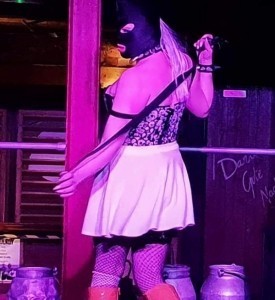 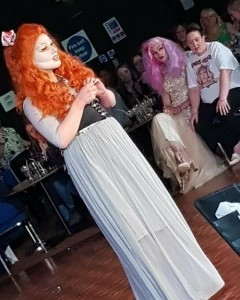 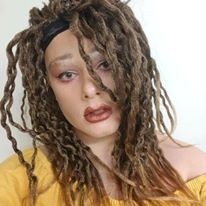 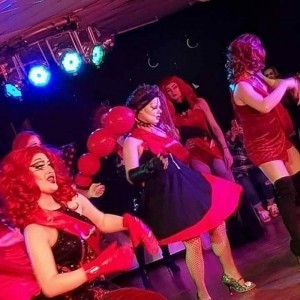 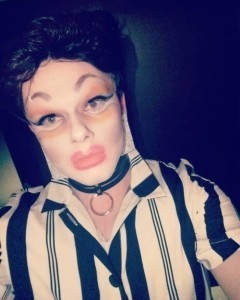 GCSE Drama- A
A-Level Drama- A*
EPQ in Playwriting- A*
LAMDA Acting Grade 1- Distinction
LAMDA Acting Grade 2- Distinction
LAMDA Acting Grade 3- Distinction
LAMDA Acting Grade 4- Merrit
LAMDA Musical theater Grade 1- Distinction
LAMDA Musical theater Grade 2- Distinction
LCM Musical Theater Grade 6- Distinction
LCM Musical Theater Grade 8- Distinction
Miss Drag UK Finalist 2019 (Top 10)
Performed in York with Haus of Dench
Drag Idol and Drag Idol international Competitor 2019
Performed in Liverpool and York
Competed in Dragtastic 2019 at Barpop (Manchester)
Various Ac ... ting Shows-
* "Three"- Narrator and Song and Dance performance
* "Remote", "Musicians" (starring as Russian Alex) and "Zero for the young dudes" as part of national theater connections three years running!
*"Chatroom" as Jim as part of the Basingstoke festival... soon to perform "BU21" (by Stuart Slade) as part of Basingstoke Festival 2018.
*Hospital Food
*"Prince of Denmark"
*"DNA" (playing Phil) by Dennis Kelly
* "Charlie and the chocolate factory" playing Augustus Gloop
Various musicals including-
*"The island of the lost children"- playing Miss Treat (video on you tube) premiered at 'The Haymarket' in Basingstoke two years ago.
* "Murder!" (mickey take of Cluedo) playing Charles Coleman
*"Bugsy Malone" playing Cagey Joe
Performed at various dance shows-
* "It's my life"- performing a solo to mad hatter by Melanie Martinez
* "Ray of Hope show"- at the Anvil
* Many Festivals including- The Rotary in Basingstoke and as an entertainment crew for an elderly care home.
I have also performed at various open mics including pubs and cafe's. On top of this I auditioned for the Voice last year and as a result made it through to individual auditions before filming.

I direct a play at our local amateur theater group- 'In Yer Face productions' (currently directing my second play)
I also work as a play worker for disabled children at a charity called 'Challengers' and have a DBS with them and various training- including behavior management, moving and handling and play work and activities.
On top of this I am a first year undergraduate at the University of York studying Biochemistry.
Hometown: Basingstoke
Study: York